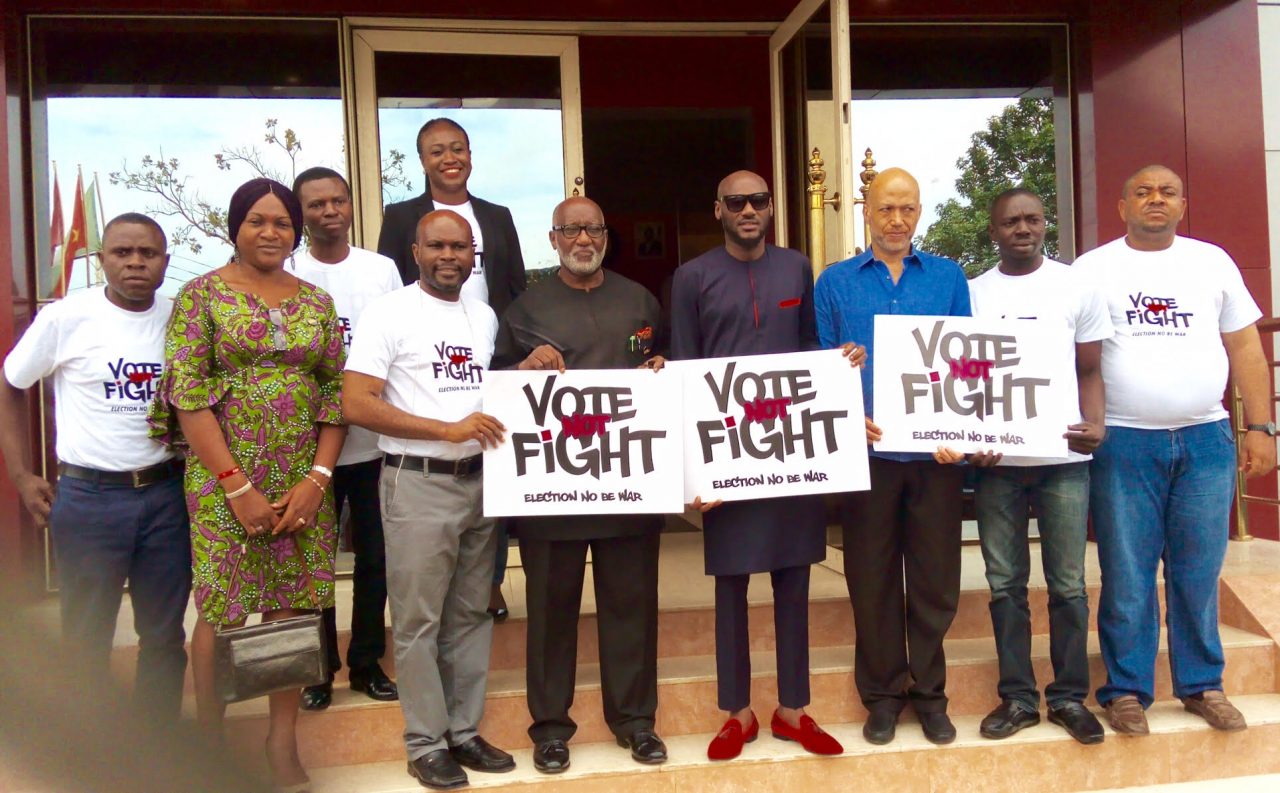 Three Presidential Candidates-Dr Obiageli Ezekwesili, Fela Durotoye and Prof. Kingsley Moghalu, have pledged their commitment towards making the forthcoming general election violence-free.
They made the pledge when the “Vote Not Fight: Election No Be War ‘’ Campaign Team led by Music Icon, Innocent Idibia, popularly known as 2Baba, paid them separate visits in Abuja on Monday.
The News Agency of Nigeria reports that the visits were part of the team’s engagement with presidential candidates ahead of the Feb. 16 Presidential and National Assembly election.
A joint partnership between the 2Baba Foundation and Abuja-based Non-Governmental Organisation-Youngstars Foundation, the campaign sought to mobilise against hate speeches, violence and vote buying in the general election.
Ezekwesili, Moghalu and Durotoye are flag bearers of the Allied Congress Party of Nigeria, Alliance for New Nigeria and Young Progressive Party, respectively, in the February 16 presidential election.
While endorsing the campaign, they emphasised the need for the message to be passed down to supporters of political parties and their candidates.
Addressing her guests, Ezekwesili said peace was critical to the conduct of credible election that would produce capable leaders to move the nation forward.
She said: “If there is any candidate that will stand toe to toe in making this strong demand for a violence-free elections that person will be me.
“I absolutely believe in a peaceful conduct of election. We believe that the level of impoverishment of our citizens is so deep that the last thing you want to do is violence.”
Moghalu, who described the Vote Not Fight Campaign as timely, noted that there could be no development in any society without peace.
He said: “In Nigeria we have ethnic crisis and peers struggle for political power every four years, therefore, it is very timely that 2Face decided to visit us.
“In a peaceful way, we are close to taking over power.”
On his part, Durotoye said he and his party were totally committed to peace before, during and after the general election.
Earlier, 2Baba emphasised the need for political parties and candidates to prevail on their supporters to keep the peace before, during and after the election.