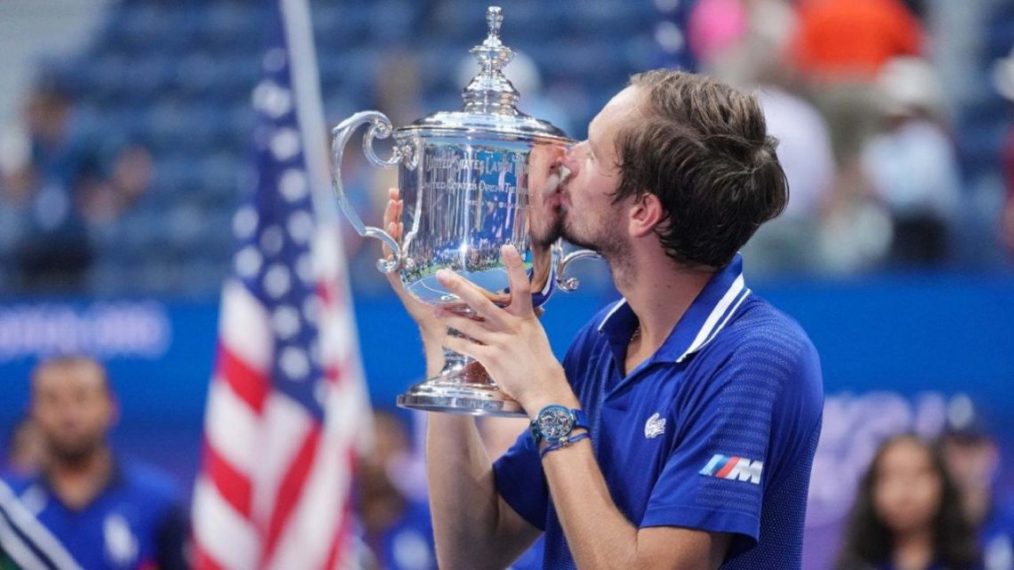 Novak Djokovic’s quest for a record 21st major title that would have completed the calendar-year Grand Slam collapsed at the final hurdle with a 6-4 6-4 6-4 loss to Russian Daniil Medvedev in the US Open final on Sunday.

Medvedev, playing in his third Grand Slam final, at last hoisted a trophy while avenging a straight sets defeat by Djokovic earlier this year in the Australian Open final.

Djokovic, who was trying to become the first man in over a half-century to win all four majors in the same year, arrived on Arthur Ashe Stadium court with the weight of history on his shoulders.

For the fifth consecutive match, the Serb world number one found himself in an early hole after dropping the first set.

But this time there would be no way out as the rampaging Russian Medvedev kept up the pressure with a barrage of aces while allowing Djokovic a single break.