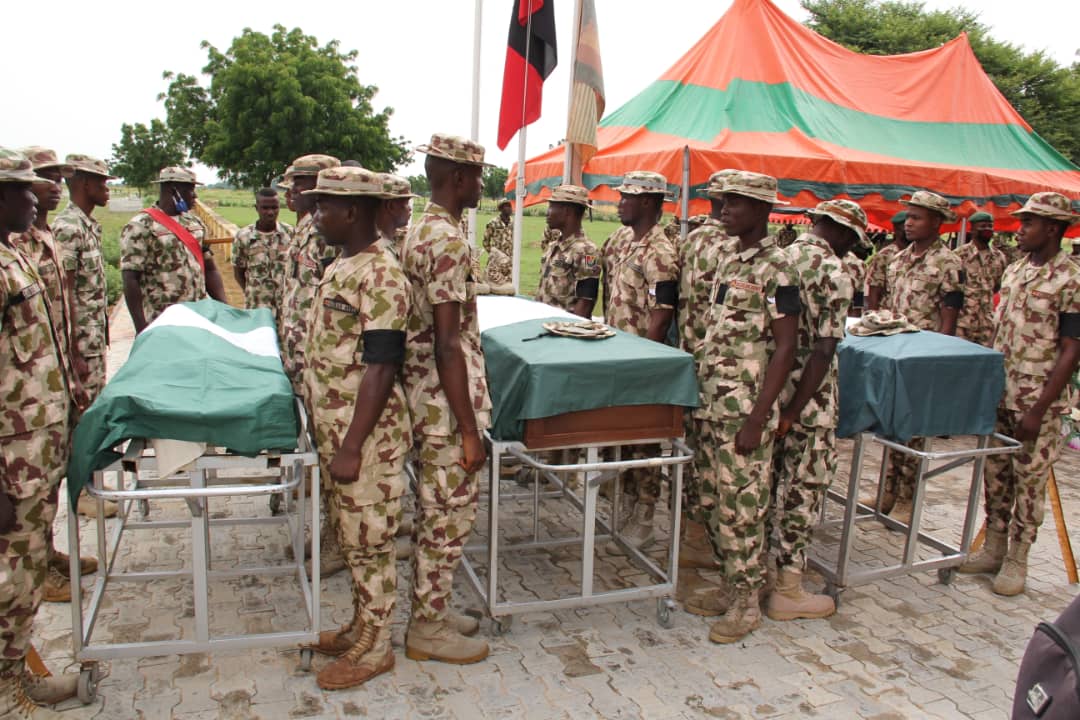 The remains of the 3 Nigerian Army gallant, patriotic and heroic Soldiers who were killed in an ambush by Boko Haram Terrorists in Borno State have been buried.

The Soldiers, who came under attack last week Sunday, were buried on Saturday at Maimalari Military Cantonment Cemetery, Maiduguri.

Recall that Lance Corporals Nwobuji Desmond, Adebiyi Oluwaseye and Private Aliyu Ibrahim lost their lives in the discharge of their constitutional duties alongside their Commander, Colonel Dabiru Chiroma Bako, as a result of an ambush by terrorists along Damboa-Biu Road in Borno State.

According to the Army, the three soldiers would have been buried on the same day with their Commander, but for the fact that it took longer time to locate, inform and transport their families to Maiduguri for the burial, which is a key requirement for military funeral procedures.

Speaking at the ceremony, the Chief of Army Staff, Lieutenant General Tukur Buratai, said: “The painful exit of these three gentlemen will spur us, all of us, to stand firm, track down and exert a heavy price on the terrorists wherever they may be hiding.

“We must make sure their sacrifices will never be in vain.” 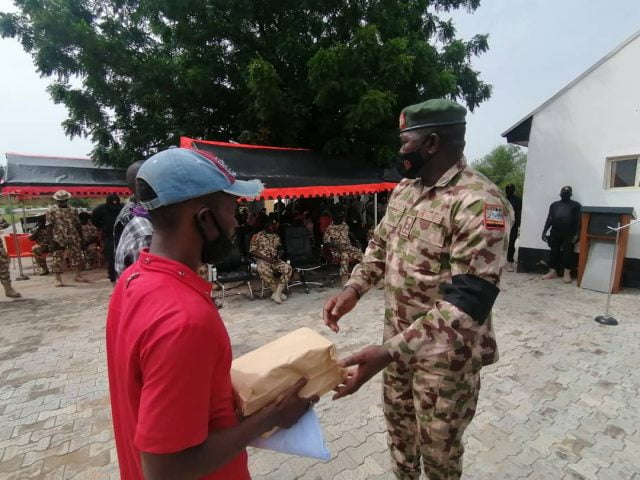 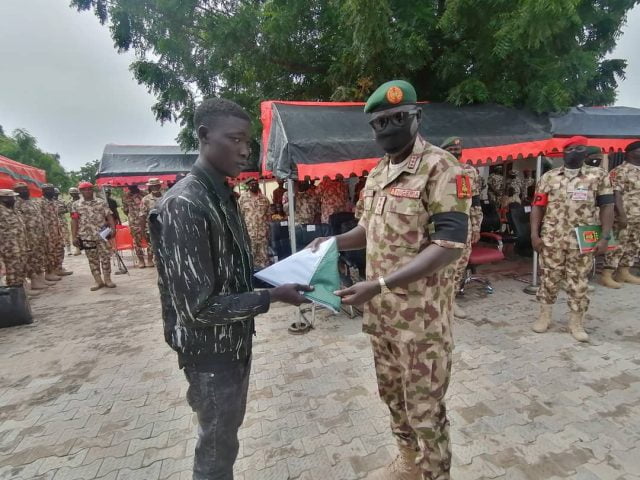 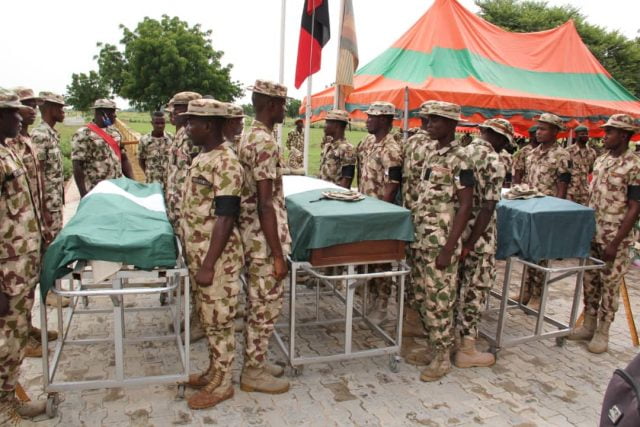 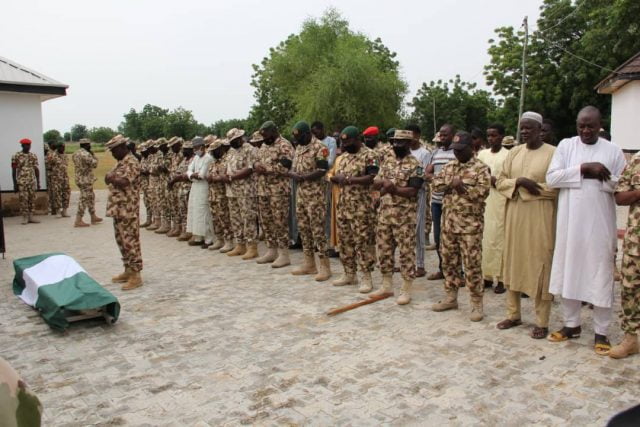 Buratai also assured the families of the deceased that the Nigerian Army will support them in this trying moment.

According to him: “The Nigerian Army is considering special housing packages for our Killed in Action personnel families.

“The process will start with these gallant soldiers, which is a firm demonstration of the Nigerian Army’s resolve to support the families of our KIA heroes.”

Buratai said the housing programme will be in two categories: two and three bedroom houses for officers and soldiers respectively.

Major highlights of the befitting burial ceremony were the presentations of national flags to the families by Buratai on behalf of President Muhammadu Buhari; and N2 million to the families, which presentation was done by the Acting General Officer Commanding 7 Division, Maiduguri, Brigadier General Abdul Khalifa Ibrahim, on behalf of the Governor of Borno State, Prof. Babagana Umara Zulum.