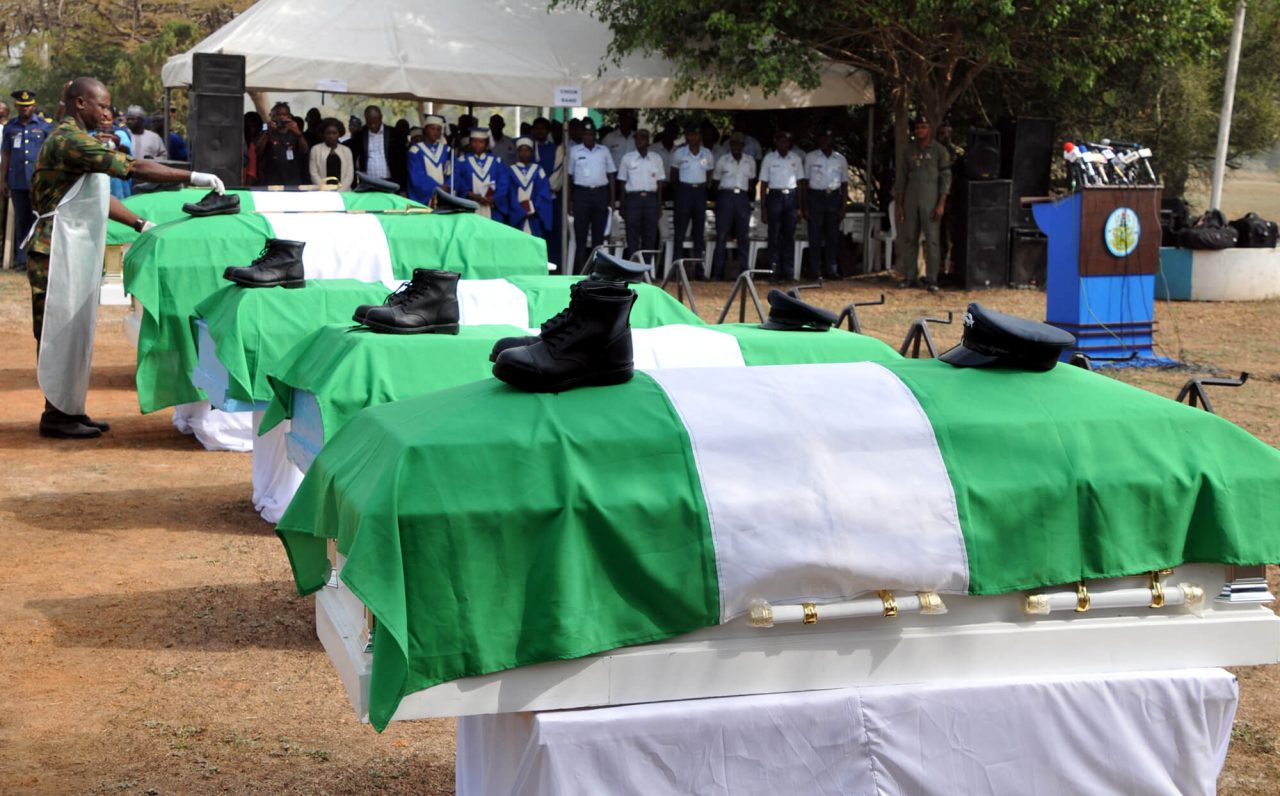 Asaniyi Rufus, father of the late 29-year-old pilot, Asaniyi Taiwo, who flew Nigerian Air Force plane that crashed in Kaduna on Friday, has said only God can console him and members of his family over the demise of his son.

The News Agency of Nigeria reports that the crash, which occurred on May 21 in Kaduna, claimed the lives of Chief of Army of Staff, Lieutenant General Ibrahim Attahiru, and 10 other officers.

Speaking with NAN at his Ibadan residence on Monday, the 62-year-old father of the late pilot, who betrayed emotion repeatedly, lamented the death of his son.

Asaniyi said: “I struggled to ensure that my children have the best.

“I did farming for 32 years to support my teaching job, just to ensure that my children have the best of education.

“Since my retirement in 2019, Taiwo has been the one sustaining my family.

“All the responsibilities of the family had been on his shoulder, being the first male child.

“He was a blessing to us and our extended family.

“I had thought that the chain of hardship had been broken, but God took him away.”

Asaniyi appealed to the Federal Government to help find jobs for his late son’s siblings so that he would not die thinking of him.

He said: “Taiwo’s twin sister is a graduate, but she has not secured a job and so are his other siblings too.

“Nothing can be compared with the sacrifices that I and my wife had made for our children and we had thought that Taiwo would be of help to the family.

“I want to appeal to government to please help me find jobs for them because God has taken my beloved Taiwo away.”

She said: “My heartbeat has gone.

“It is only God who can console the family.

“I am a teacher due for retirement in February 2022.

“Taiwo was my son and my friend.

“Now, he is gone and gone forever.

“I don’t know what to say or do now, but have put everything in the hands of God.”