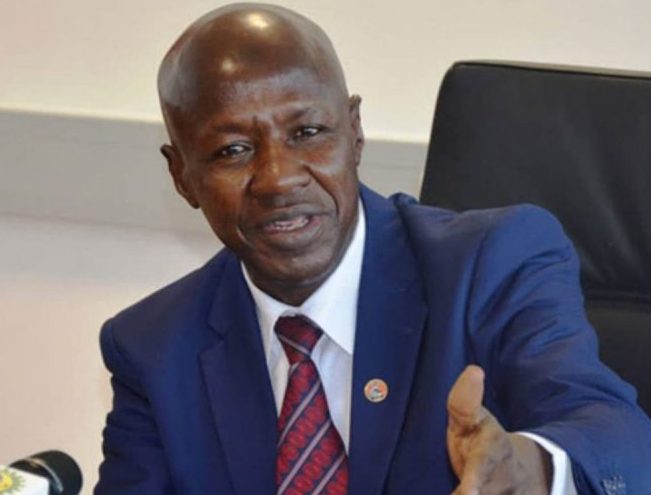 The Code of Conduct Bureau has invited for questioning the suspended Acting Chairman of the Economic and Financial Crimes Commission, Ibrahim Magu.

The invitation was contained in a letter signed by its Director of Intelligence, Investigation and Monitoring of the CCB, S. P. Gwimi, dated November 2, 2020.

In the letter, Magu was directed to report on November 17, 2020 for the questioning all acknowledged slips of asset declarations he made since he joined public service.

The letter reads: “The Bureau is investigating a case of alleged breach of Code of Conduct for Public Officer against Mr. Ibrahim Mustapha Magu, the former Acting Chairman, Economic & Financial Crimes Commission (EFCC).

“In view of the foregoing, you are invited for an interview scheduled an follows: Date: Tuesday 17 November, 2020. Time: 11am prompt.

“You are expected to come along with the Certified True Copies (CTC) of the following: Acknowledgement slips of all your Assets Declaration to Code of Conduct Bureau since you joined public service.

“Copies of your Appointment Letter, Acceptance, Records of Service and Pay Slips from Jaruary to May, 2020. All documents of your landed properties, both developed and undeveloped.

Though the initial basis for the probe was a letter by the Attorney General of the Federation and Minister of Justice, Abubakar Malami, the Salami panel has since extended its probe of the Magu years in the EFCC.