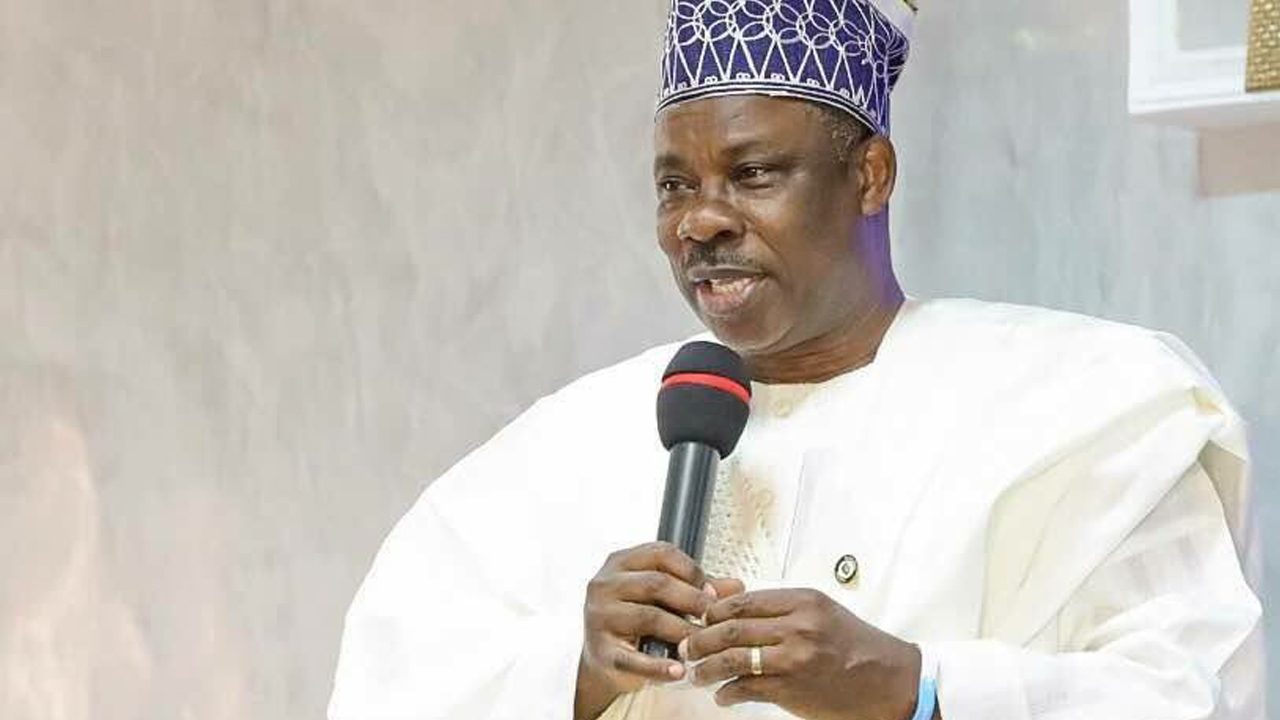 Adeola, the All Progressives Congress (APC) senatorial candidate for Ogun West in the 2023 general election, in a statement he issued on Sunday, said: ”My attention has been drawn to reports credited to a statement made at the 50th anniversary of Abeokuta Club by Senator Ibikunle Amosun, erstwhile governor of Ogun State and APC senator representing Ogun Central, that the 2019 general election that saw the emergence of Prince Dapo Abiodun as the Ogun State governor was rigged and he is going to work against Prince Abiodun’s re-election in 2023.

”These invidious utterances would have been left unanswered as yet another ranting from a personality imbued with a sense of over bloated ego of messianic proportion in Ogun State politics. However, with 2023 general election around the corner, it is appropriate to join issues with a supposed APC member with a record of serial anti-party and anti-people tendencies aping to play God in the affairs of Ogun State.

”As a stakeholder in APC, Ogun State and the administration of Prince Abiodun, and by God’s grace and the will of the people, the senatorial candidate of Ogun West for the 2023 general election, I state with all emphasis that Senator Amosun shamefully dropped the ball in his assertion that the 2019 electoral victory of Prince Abiodun was rigged, even after the said election was judicially validated right up to the highest court of the land.

”The revolt of the people of Ogun State against this attempt to play God by a mere mortal was what saw to the surprise emergence of Prince Abiodun as the arrow head of a democratic struggle fully supported by genuine democrats in Ogun State. Our party, the APC, saw through the anti-democratic tendencies of their then governor and rightly threw their weight behind the people of Ogun State with Prince Abiodun emerging as the governor with majority votes against Senator Amosun’s acolyte, Adekunle Akinlade, foisted on misguided APC members in the race under another party, the Allied Peoples Movement (APM).

To the glory of God, Prince Abiodun has discharged and is discharging his role as governor creditably to all sections of the state, in contrast to the sectional administration of Amosun in Ogun State. He is completing projects abandoned by Senator Amosun, while starting new ones across the three senatorial districts of the state.

”I use this medium to alert the National Working Committee of the APC to this anti-party activity of Senator Amosun in Ogun State and to henceforth be wary of his moves and suggestion on any matter. As it is, he is already plotting a repeat of APM against his party, the APC, in the days towards 2023. But genuine APC members are solidly behind Prince Abiodun as our governor and will support his re-election in 2023.”

Efforts to get Amosun’s reaction at press time were unsuccessful, as he did  not pick his calls.