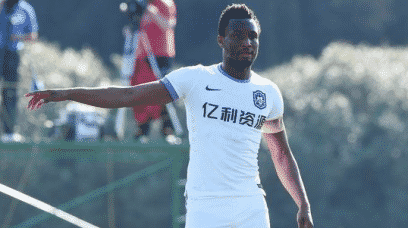 Super Eagles’ skipper, John Mikel Obi, is still in search of first win in the colours of Chinese Super League side, Tianjin Teda.
The Chinese outfit lost 1-0 to Dinamo Bucuresti on Tuesday, which made it their third loss since Obi joined the club from Chelsea this month.
Last week, Tianjin Teda lost 2-1 to Mönchengladbach II, just as St. Pauli whitewashed them 6-2.
Obi scored his first goal in a friendly against St. Pauli – his second appearance for the club, having made his debut last week against Borussia Monchengladbach.
The midfielder since moving to China became Nigeria’s highest paid player.
He now earns £140,000 weekly at Tianjin Teda.