Who will rescue our University of Ibadan?, by Festus Adedayo

The Council and the Selection committee of the University of Ibadan want to go ahead with the appointment of a new Vice-Chancellor for the University despite the fact that the matter is before the Ministry of Education.

This was contained in a confidential memo sent to all members of the Council.

They were told to reconvene for a meeting in Ibadan on November 25, 2020.

The appointment of the new VC is, however, against the backdrop of the warning it received on November 17, during the 72nd Founder’s Day of the University, against any manipulation.

Going ahead with any meeting now before the expiration of the tenure of the outgoing VC on November 30 is akin to also overlooking the text Prof. Ayoola mistakenly sent exposing the surreptitious moves to impose an unpopular candidate, a source within the university said on Friday. 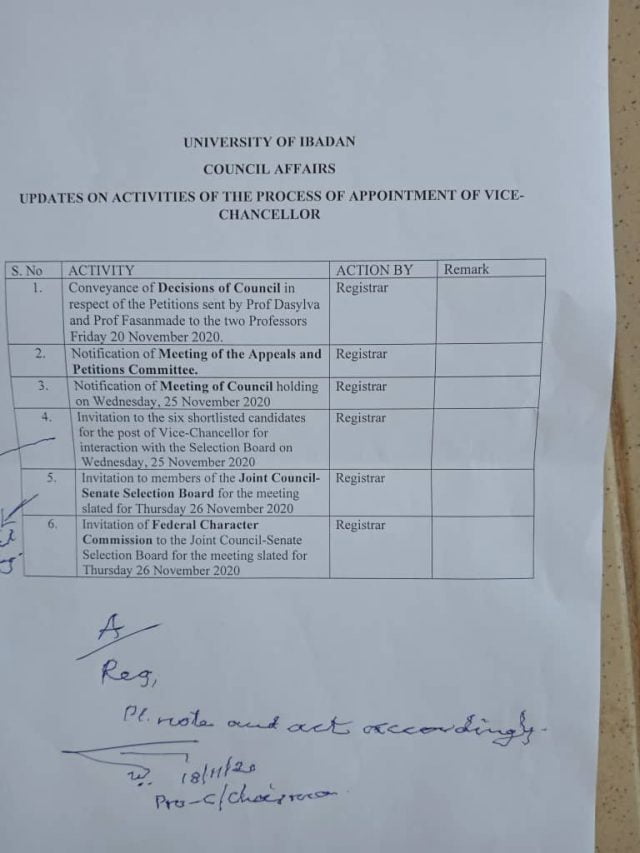 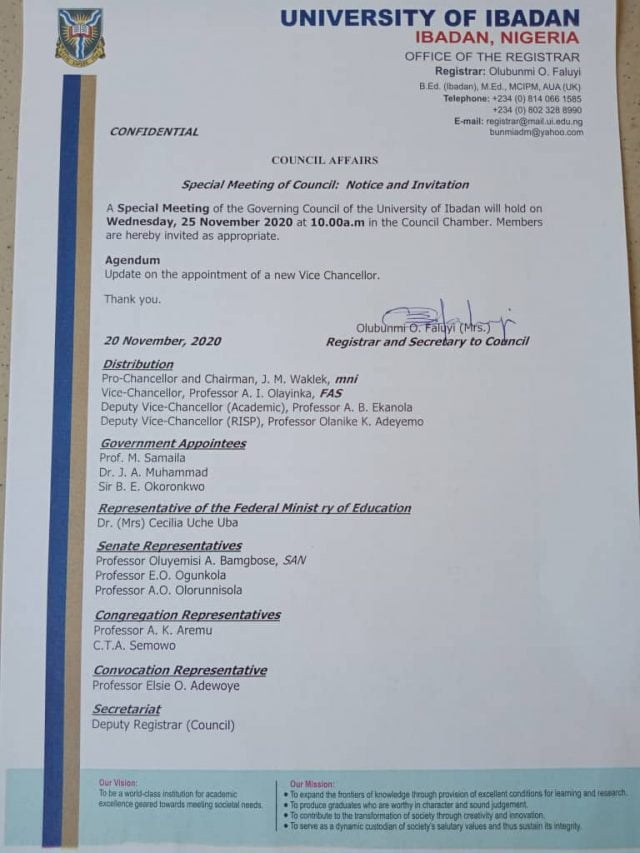 Tags: Council and the Selection committeeMinistry of EducationUniversity of Ibadan
Share116Tweet73SendShare29

Who will rescue our University of Ibadan?, by Festus Adedayo

Activist: Sowore collected grant in my name for #EndSARS but pocketed it