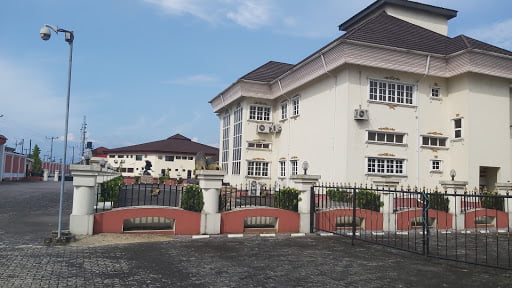 The decision to issue the ultimatum was taken at a well-attended meeting of the Ologbotsere Descendants held in Warri on Sunday, June 20, 2021, even as the general public and the Itsekiri in particular were urged to remain calm over the invasion of the Delta State High Court 4 by suspected thugs during the hearing of a suit filed by Prince Bernard Emiko and Prince Oyowoli Emiko over the succession to the Olu of Warri throne.

Briefing journalists shortly after the meeting, spokesman for the Ologbotsere Eyinmisanren Descendants, Comrade Alex Eyengho, stated that in the said video where Chief Atserunleghe was playing host to some of the suspected thugs that invaded the court, he told them that he was the one that went to the AIG’s office at the Police Zone 5, Benin to stop them from charging the Ologbotsere of Warri Kingdom, Chief Ayirimi Emami to court over the alleged missing crown of Warri Kingdom.

“This is the most flippant and irresponsible comment from a supposed Chief of Warri Kingdom. It is interesting to know that it is Chief Atserunleghe that now has the authority to decide whether the police should charge a case to court or not. It is for the reason of this very annoying and provocative comment that the Ologbotsere Eyinmisanren Descendants hereby give Chief Atserunleghe seven days to also in a video post publicly withdraw his silly statement with an unreserved apology to the Ologbotsere of Warri, Chief Ayiri Emami and the entire Ologbotsere Eyinmisanren Descendants worldwide, failing which necessary actions shall be taken within the ambit of the laws of the Federal Republic of Nigeria,” Comrade Eyengho stated.

On the issue of the invasion of the court by alleged thugs, Comrade Eyengho called for calm by all and sundry, adding that the law should be allowed to take its full course, particularly when some of the alleged thugs are known by their names and place of abode.

“We join others to call on the appropriate law enforcement agencies to diligently carry out their duties in this matter with a view to bringing all the culprits to justice. This act is unacceptable, condemnable and barbaric. The Itsekiri are known to have maximum respect for law, order, due process and due diligence. It is most unItsekirilike for anyone to carry out such act of desecration of the hallowed temple of justice and the abode of the last hope of the common man. The act is most preposterous and the perpetrators should not go unpunished by the laws of our country,” Comrade Eyengho further stated.