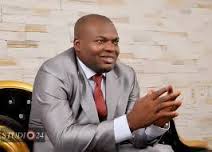 The Peoples Democratic Party’s candidate for the November 16 governorship election in Anambra State, Tony Nwoye, has called for the cooperation of Senator Andy Uba and others who contested the ticket with him.
Nwoye spoke with newsmen after receiving the Certificate of Return from the National Chairman of the party, Alhaji Bamanga Tukur, in Abuja on Wednesday.
Nwoye, who described the certificate as a “baton”, said it would enable him to mobilise party members to ensure victory in the election.
This, he contended, would not be possible without the cooperation of those who contested the ticket with him and all PDP members in the state.
He stressed that the unity of members of the party in the state was critical to face the opposition in the election and in the 2015 general election.
Nwoye said he was already reaching out to reconcile aggrieved members and those who contested the party’s ticket with him, adding that the response had been positive.
“We are going to Anambra to reconcile party members and we are reaching out already, we will canvass votes for the party and ensure its victory at the election,” he said.
He described his emergence as the party’s candidate for the election as a surprise to him, adding that he never expected that the primaries would be free and fair.
Nwoye said: “I never believed that there would be a free and fair primary election in the state.
“This came to me as a surprise.
“My emergence as the party’s candidate is God’s design.
“Power belongs to Him.”
Nwoye said although Governor Peter Obi of Anambra State had done his best, the PDP would want to take over the governance of the state.
He said the party would this do through a free, fair and transparent election.
He pointed out that the leadership of the party was championing the cause in line with the “one man, one vote” promise of President Goodluck Jonathan.
Nwoye called on the people of the state to see him as servant who was ready to serve.
He said if he won the election, security, employment opportunities and infrastructure development would be the priority of his administration.
“We would ensure security of the state, create jobs for the youths and put smiles on the faces of the down trodden,” he said.
He said he would not seek redress in court if he did not win the election as long as it was conducted in a free, fair and transparent manner.
He urged party members in Anambra State to regard the interest of the party as superior.
The candidate said the court and the Independent National Electoral Commission cannot stop him, adding that it was only the leadership of the party that could.
Earlier, Tukur stressed the need to ensure free, fair and transparent election and that the will of the people prevailed.
He said he had never had a personal encounter with Nwoye until now, adding that with honesty, transparency and dedication, the country would be better for all.
Tukur advised Nwoye to remain disciplined, committed to the people and ensure he delivered true democratic dividends to the people in line with the party’s manifestoes, if he wins.
Nwoye was a former President of the National Association of Nigerian Students.
The Anambra State chapter of the PDP has been under two factional leaderships.
One faction is led by INEC-recognised state Chairman, Chief Ejike Oguebego, and the other by Ken Emeakayi, recognised by the PDP leadership.
The two factions had on August 24 organised primaries in different venues, which resulted in the emergence of Nwoye and Uba as governorship candidates.