Nigerians indicted in $300m ‘sweepstakes’ fraud in US, risk 40 years in jail 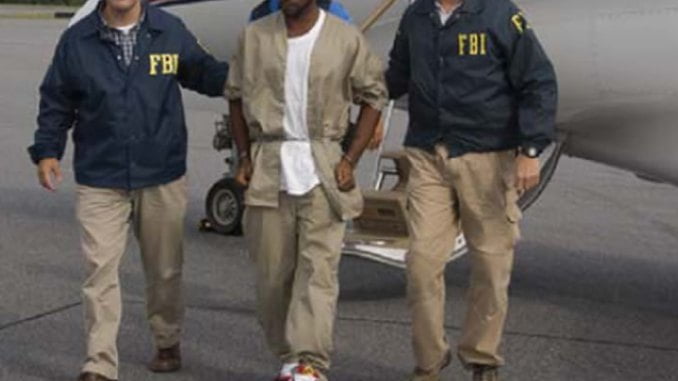 A Nigerian based in Canada, Harry Cole, has been extradited to the United States for his alleged involvement in a $300 million sweepstakes fraudulent scheme.

A sweepstake is a race, gambling game or lottery in which the winnings comprise all the money that has been staked.

The US Department of Justice, said Cole, also known as Akintomide Bolu, was extradited to the Western District of Texas, where the alleged fraud was committed with other accomplices between 2012 and 2016.

The DoJ said Cole has been charged with two counts of conspiracy to commit wire fraud and conspiracy to commit money laundering, adding that each count upon conviction carries up to 20 years in federal prison: “Harry Cole (aka Akintomide Ayoola Bolu, aka John King, aka Big Bro, aka Egbon), a 50-year-old Nigerian citizen and a resident of Canada, was extradited today from Canada to face federal charges for his alleged role in a fraudulent sweepstakes scheme with an intended loss in excess of $300 million.

“The defendants carried out their sweepstakes scheme from 2012 to 2016. Cole allegedly purchased lists from Lundy of elderly potential victims and their addresses. He and other conspirators based in the Toronto, Ontario Canada metropolitan area sent packages containing fraudulent sweepstakes information to conspirators residing in the US.

“The packages contained thousands of mailers, which US-based conspirators sent to victims notifying them that they had won sweepstakes. Each mailer included a fraudulent check issued in the name of the victim, usually in the amount of $8,000, and a pre-addressed envelope.

“Victims were instructed to deposit the check into their bank account, immediately withdraw between $5,000 and $7,000 in cash or money orders and send the money to a ‘sweepstakes representative’ to facilitate the victim collecting his or her prize.

“By the time the victim was notified by the bank that the deposited check was fraudulent, the cash or money order had been sent by the victim and received by the defendants or conspirators.

Commenting on the development, John Bash, US Attorney, said the scheme targeted the elderly people in the country.