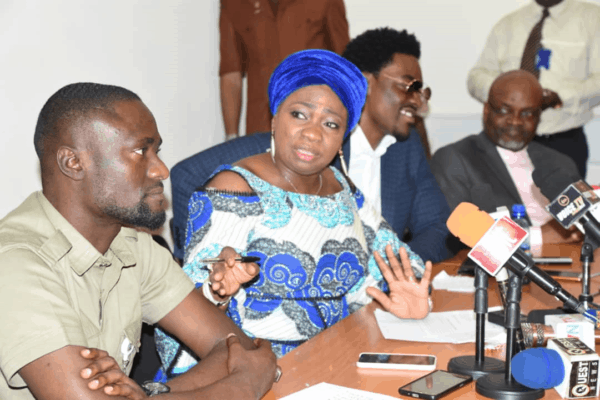 The National Association of Nigerian Students has called on Nigerians living in South Africa to reconsider their status in that country and return home.

NANS President Danielson Akpan gave the advice in Abuja on Wednesday at a news conference the association jointly addressed with the Nigerians in Diaspora Commission.

Akpan said that the killing of Nigerians in South Africa had taken an alarming dimension requiring every form of caution.

He said: “We do not believe in Xenophobia. If we want to talk about it, Nigerians should be the ones pushing it because there are no multinational companies in South Africa controlled by a Nigerian.

“In Nigeria, we have Multichoice, MTN, these are organisations that should be controlled by Nigerians, but the daily profit accruing is repatriated to South Africa.

“Yet we are not killing anybody here because we feel that there should be room for competition.”

According to him, the message of Nigerian students across the globe is that South Africans must go and Nigerians in South Africa should return home.

He said Nigerian students had in the past two weeks been picketing in a peaceful way in major cities in the country to send a message to the international community about the killing of Nigerians in South Africa.

He further said that the picketing was carried out with the hope that the South African government and its citizens would end all forms of attack on Nigerians.

Akpan urged South Africans to deal with their own issues and not spill the blood of other nationals in the process.

The NANS president said if the security of lives and property of Nigerians living in South Africa could not be guaranteed, “there is no need to condone the continuous flourishing of South African businesses in Nigeria”.

Speaking, Abike Dabiri-Erewa, Chairman/Chief Executive Officer of NIDCOM, said that closing down businesses of South Africans in Nigeria was not the solution.

She that what was important was for South Africans to stop killing Nigerians, a thing she described as “unacceptable”.

She said: “Eight South Africans are currently facing trial in court for the killing of Nigerians in South Africa.

“Our Consul General in South Africa is also on top of the situation.”

She also said that Nigeria’s foreign affairs minister when sworn in would meet with his counterpart in South Africa to review the Early Warning Signal agreement entered into sometime ago, while other diplomatic channels would be expolred to address the situation.

She said presidents of Nigeria and South Africa would meet later in the year to discuss issues of mutual benefit and expressed the hope that the African Union would intervene in the matter.

Dabiri-Erewa, however, appealed to NANS to avoid letting the situation get to the level of killing or closing down South African businesses in Nigeria.

Commenting, Prof. Ibikunle Tijani, a university teacher of Diaspora and Peace Studies at the National Open University, Abuja, said that the new generation of South Africans lacked knowledge of history in relation to the role Nigeria played in the fight against apartheid and the de-colonisation of their country.

According to him, young generations of South African only knew about post-apartheid developments.

Tayo Faniran, Big Brother Africa Star who was recently assaulted by South African police men, appealed to NANS not to do anything capable of turning Africa into a jungle.