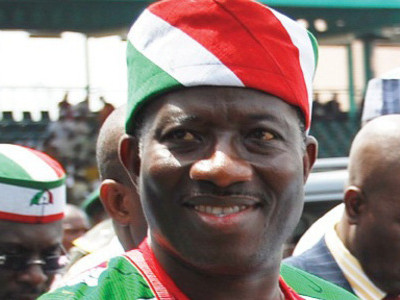 Renowned magazine, The Economist, has described Nigeria’s former President, Dr. Goodluck Jonathan, as an “ineffectual buffoon”.
The magazine made the remark in a passing manner in a commentary on developments in Nigeria.
The article, centred on the running of the country by President Muhammadu Buhari, especially the fight against corruption and rebuilding the economy, said corruption flourished under Jonathan.
It said Buhari’s government was cracking down on corruption, which grew in leap and bounds under Jonathan, who at a point while in government said there was a difference between stealing and corruption.
The Economist wrote: “The government (Buhari’s government) has cracked down on corruption, which had flourished under the previous president, Goodluck Jonathan, an ineffectual buffoon who let politicians and their cronies fill their pockets with impunity. Lai Mohammed, a minister, reckons that just 55 people stole $6.8 billion from the public purse over seven recent years.”
Perhaps the major focus now in the country is the conversion of $2.1 billion meant for the purchase of arms for the fight against insurgency into political use.
Former National Security Adviser under Jonathan, retired Colonel Sambo Dasuki, was said to have funnelled the money to cronies of the former President for political purposes and non-existent contracts.