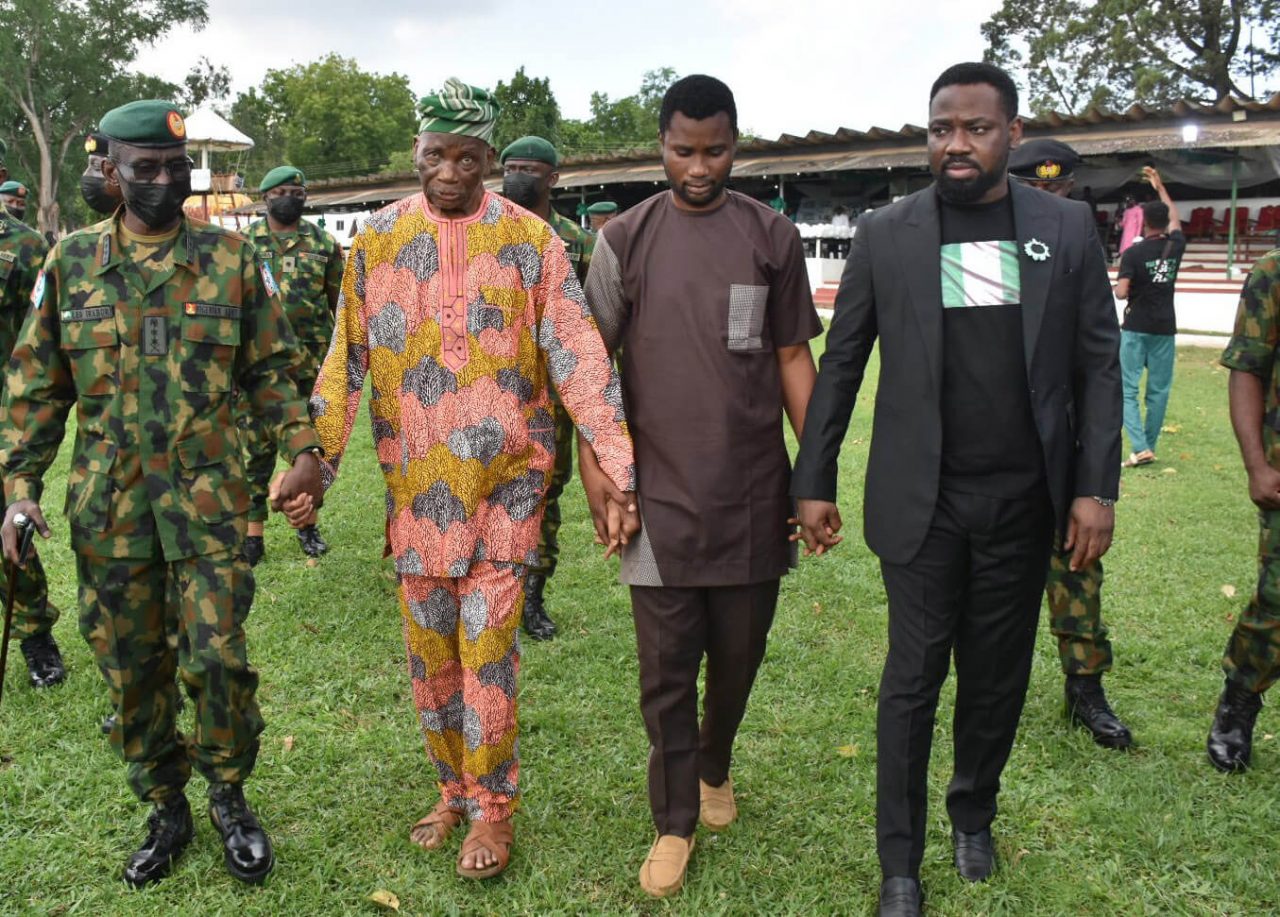 The Chief of Defence Staff, General Lucky Irabor, has called on Nigerians to be more united for the strength and progress of the country.

Irabor made the call on Thursday in Ibadan, Oyo State while unveiling Nigeria’s “World Largest Flag”, which covers an area of 3,275.6 square metres, a length of 75.3 metres and a width of 43.5 metres.

The new flag was facilitated by Babajide Ogunsanwo.

The News Agency of Nigeria reports that others that joined in the event was the designer of the Nigeria flag, Pa Taiwo Akinkunmi, and Timi Dakolo, a music producer.

Irabor said by the gigantic size of the flag being unveiled, history was again made in the country.

He said the flag was “not just a symbol of Nigeria, but a symbol that unites Nigeria for peace and progress”.

The CDS said this could only be achieved based on patriotism of all Nigerians.

He said: “This is a flag that thousands have died for and are still dying for, because we need to defend it.

“Today, across the country, you hear calls for cessation, agitation for separation.

“I think this event today should help us to know that united we stand, and there is actually strength in unity.

“Thinkable, Nigerians should learn from this and begin to think of how to unite the country.”

While commending Pa Akinkunmi, Irabor called on Nigerians to always think of what they could do to unite Nigeria rather than agitating for separation.

He said the design task took about three weeks and was sewn by 12 professionals, using Made in Nigeria textile.

According to him, the flag is a great symbol for Nigeria’s unity, that of Africa, and the world in general.

NAN reports that a gift was presented to Akinkunmi for his contributions to the country.

Commenting, Akin Akinkunmi, one of Pa Akinkunmi’s sons, appreciated the facilitator and Irabor for the gesture.