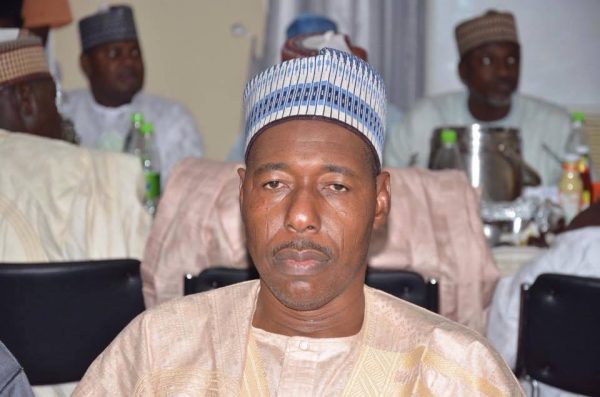 Governor Babagana Zulum of Borno has called on residents to cooperate and support the military in the ongoing campaign against Boko Haram insurgency.
Zulum made the call on Wednesday when he visited Gajiganna community in Nganzai Local Government Area of the state.
He also called on the insurgents to lay down their arms and surrender in order to end insurgency and facilitate peace restoration process in the state.
The governor noted that the Federal Government had initiated Operation Safe Corridor to encourage Boko Haram insurgents to surrender for deradicalisation and reintegration into the society.
Zulum said that the visit was to sympathize and strengthen resilience among the inhabitants in order to protect lives and properties.
He ordered for the enrollment of 112 members of the Civilian Joint Task Force and hunters in the area into the government stipend scheme for security volunteers.
Zulum presented four surveillance vehicles to the volunteers to enhance patrol and also directed for the immediate commencement of academic activities at the primary school in the community.
News Agency of Nigeria reports that Zulum also visited Tungushe village and interacted with members of the community before returning to Maiduguri.