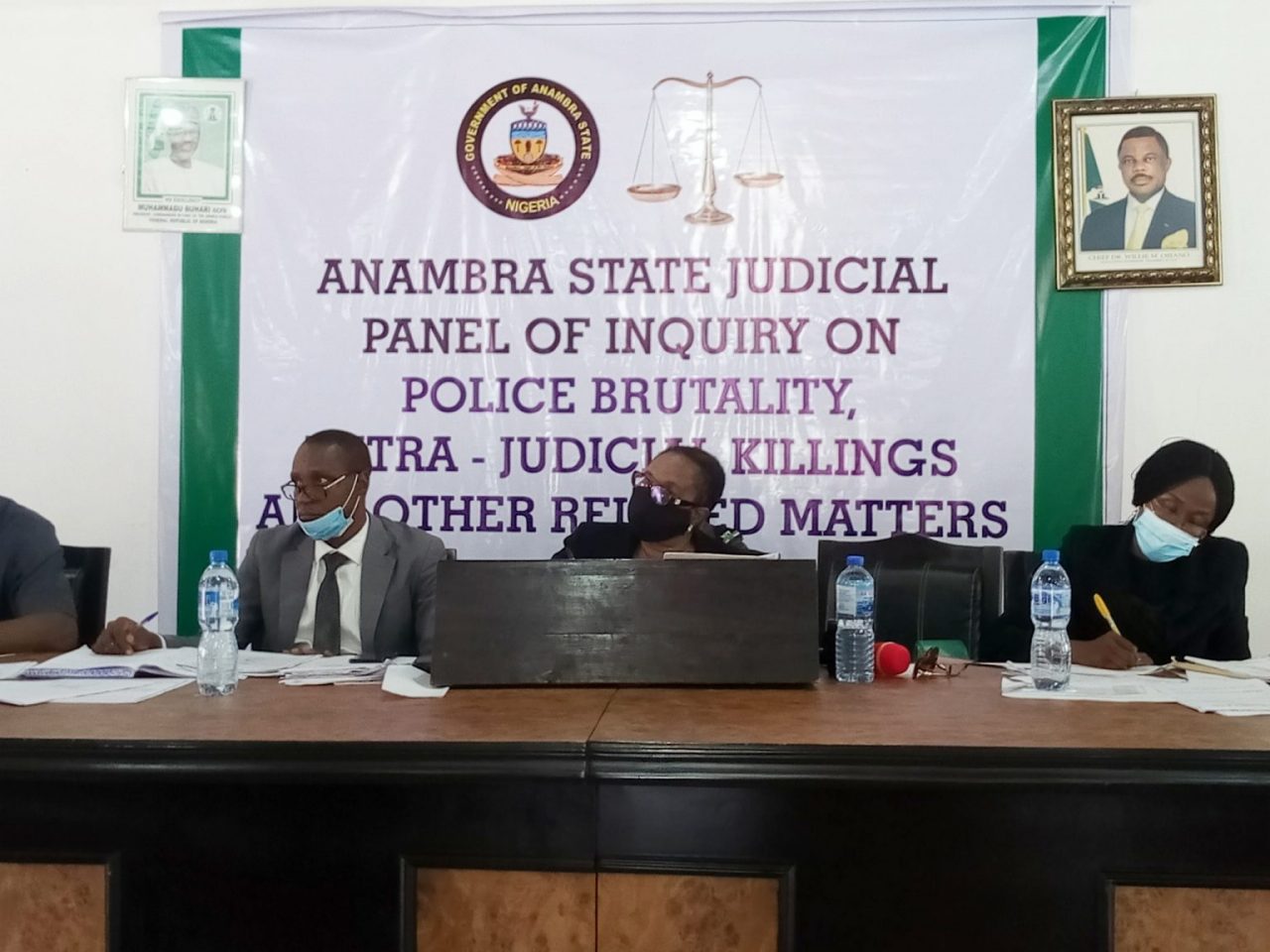 The Judicial Panel of Inquiry on Police brutality in Anambra has expressed worry over the absence of the Nigerian Police at its sittings.

Retired Justice Veronica Umeh, Chairman of the panel made the observation at the commencement of Thursday hearing in Awka.

Umeh said the panel had written the police command in the state to send representatives from their legal department to sittings so they could react to some of the allegations by petitioners.

“We have written the Police Command to send their legal representatives so that they can respond to issues,“ she said.

The News Agency of Nigeria reports that the panel had sat four times including the inauguration day.

At the resumed hearing on Thursday, Bonaventure Mokwe, the owner of Upper Class Hotel, Onitsha said his hotel was demolished on the day he was arrested by personnel of disbanded SARS over trumped up allegation that he was a ritual killer.

Mokwe alleged that the police, who seemed to be acting out a script, did not investigate the allegations against him, rather he was detained and tortured at Awkuzu SARS cell for two months without trial.

He said trouble started for him when Anambra government gave Ose Motor Park in Onitsha which was near Mokwe park owned by him.

According to him, the levy charged by Onitsha indigenes became unbearable for transporters and as a result, they moved to Mokwe park.

“This made Onitsha youths attack my park and naturally I defended my property proportionately.

“Later on, the transporters went to court and obtained judgment stopping Onitsha people from disturbing them at Mokwe park.

“Onitsha people considered it as an assault and affront that I confronted them.

“Two weeks after the fight, my hotel was set up and demolished by Anambra government,” he said.

Mokwe said the practice was that hotels submitted guests manifest at the police station every 6:30 in the morning but the police did not investigate to find out the truth before hounding him into SARS.

He said the government of Anambra was deceived into demolishing the hotel by powerful interest who felt slighted that he fought and defeated them in their own community.

The hotelier said he was detained in SARS custody for 60 days during which he saw many extra judicial killings.

Mokwe claimed that he was tortured to coma and his thumb forcefully made to make imprint on a pre-written statement as a signature.

Umeh said the addendum petition should be submitted before November 26 so that police would be made to respond before his next appearance.