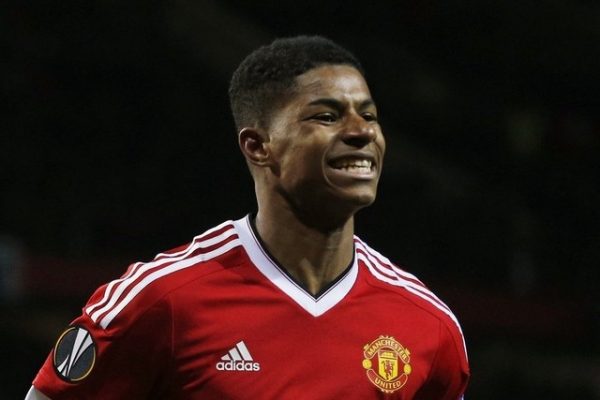 Holders Manchester United has booked their place in the last 16 of the EFL Cup courtesy of a routine 4-1 victory over Burton Albion at Old Trafford on Wednesday.
It took the hosts just five minutes to break the deadlock through Marcus Rashford, and the match was effectively wrapped up before half time as Rashford added a second before Jesse Lingard got in on the act.
Anthony Martial scored a fourth in the second half as United got their defence of the trophy off to a winning start, although their perfect run of not conceding at home this season came to an end in stoppage time when Lloyd Dyer grabbed a late consolation.
Burton’s bright start was brought to a sudden halt when United broke the deadlock moments later, though, as Lingard produced a clever lay-off to steer Michael Carrick’s pass into the path of Rashford, who coolly lifted his finish over the onrushing keeper and into the net.
The pressure from the hosts was relentless, though, and Martial saw one shot saved before United scored their second after just 17 minutes, with Rashford firing a pinpoint effort in off the post from 25 yards to double his own personal tally for the evening.
Having seen any hope of an upset disappear before half time, Burton could have been forgiven for coming out for the second half in damage limitation mode, but the visitors had the chance to pull a goal back within two minutes of the restart when Hope Akpan was picked out by Matt Palmer’s cross, only to send his stooping header well off target.
United soon resumed control of proceedings, though, and Martial had a sighter moments before adding the fourth when he danced his way through the Burton defence only to be denied a brilliant solo goal by a good low stop from the keeper.
The French winger did get in on the act two minutes later, though, combining with Lingard and Rashford to race through on goal before this time tucking his finish beyond Ripley and into the bottom corner.
However, Burton got the last laugh with the final meaningful action of the game as Joel Pereira – who had earlier come on as a sub for Romero – spilled the ball at the feet of Dyer, who duly lashed his finish home.