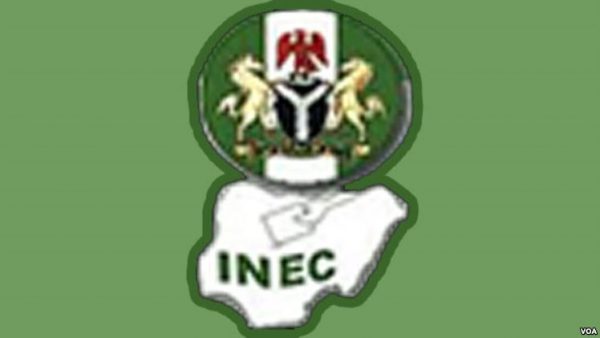 The Civil Society Legislative Advocacy Centre has urged the Independent National Electoral Commission to mandate political parties to include tax agenda in their manifestos ahead of 2019 elections.
The Executive Director of the organisation, Auwal Rafsanjani, made the call in a statement on Friday in Abuja.
Rafsanjani said that the call was part of an eight-point communiqué issued at the end of a Stakeholders’ Interface on the National Tax Policy.
He said that the meeting was organised in collaboration with the Tax Justice Network-Africa with support from the Open Society Foundation to assess the new tax policy.
According to him, the need for political parties to articulate their tax agenda is to ensure fairness, equity, progressiveness and effect on investments, inequality, transparency and accountability.
The director said that the measure as required in the new tax policy ought to be carried out before the commencement of election campaigns in 2018.
Rafsanjani said: “The Federal Government is commended for adopting a consultative approach in the development of the new policy and reflecting inputs from stakeholders, including the National Tax Justice and Governance Platform.
“The review of the National Tax Policy was long overdue considering the challenges identified in the tax system under the previous policy.
“The new policy emphasises the ability to pay principle, focus on progressive tax rates, promoting equality, avoidance of multiple taxation, explicit grievance mechanisms, transparency and accountability frameworks.”
Rafsanjani regretted that in spite of recognising the lack of robust framework for taxation of informal sector as a challenge of the Nigerian tax system, the new policy was silent on how to address it.
He said that the focus on indirect taxation was a concern to tax justice campaigners, because it is easier to collect and difficult to evade.
According to him, this is because of its tendency to be regressive and potentially in conflict with the policy’s emphasis on progressive rates.
Rafsanjan added that the proposed review of Value Added Tax law in line with international practices portended danger for citizens’ welfare and standard of living, if not properly managed in timing and implementation.
He said that the participants recommended that government at all levels should sensitise citizens on the new National Tax Policy by producing simplified versions and circulating it for citizens to understand and engage with.
He urged all stakeholders to identify their roles as outlined in the policy and immediately commence action for holistic and effective implementation of the policy.
The director said that with the introduction of the Voluntary Assets and Income Disclosure Scheme and Tax, aspects of the policy were already being implemented.
He urged the Federal Ministry of Finance to commence the computation of revenue forgone from tax incentives or concessions and quantify them against expected benefits as the new policy required.
He said the ministry should also commence annual reporting to Nigerians from the 2018 fiscal year, and should develop a framework for taxation of the informal sector and net-worth individuals.
This, Rafsanjani said, was to ensure that the guiding principles of fairness and equity enshrined in the new tax policy were upheld.
He called on government at all levels to place tax payers at the centre of tax administration.
He said that there was need for the levels of government to work together to streamline tax types and agencies to eliminate multiple taxation and unfair burdens on citizens.
The director stated that the meeting also urged the government to adopt a consultative approach in its shift towards indirect taxation and review of the VAT law.
He said that the synergy would ensure that the interest and welfare of the poor and vulnerable were protected and the inequality gap not widened in the drive for increased revenue and ease of tax collection.
He said civil society organisations and all non-state actors were also advised to study the policy so that they could sensitise the public and hold the government accountable for its implementation