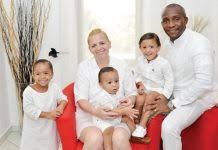 A Chief Magistrates’ Court in Ebute Meta, Lagos on Friday ordered that two men who allegedly robbed and murdered the wife of the Managing Director of Maersk, be remanded in Kirikiri Correctional Centre, pending legal advice.
The police charged Olamilekan Oke and Adeyinka Akande, both electricians, with five counts bordering on conspiracy, murder, attempted murder and theft.
Chief Magistrate A.O. Komolafe, who did not take the plea of Oke and Akande, ordered the police to return the case file to the Lagos State Director of Public Prosecutions.
Komolafe adjourned the case until March 26.
Earlier, the Prosecution Counsel, ASP A.A. Adegoke, counsel from State Criminal Investigating and Intelligence Department, Panti, told the court that Oke and Agande committed the offence on December 8, 2019 at about 7:30pm at Flat 7A, 2, Luggard Avenue, Ikoyi.
Adegoke alleged that they conspired and robbed a couple, Mr. Gildas and Mrs. Bernadett Tohovo-Tohovo.
The prosecution alleged that Oke and Akande cut off electricity from the couple’s house and broke in.
He alleged that they raped Bernadett, stabbed and suffocated her to death before proceeding to stab  Gildas on his neck with a knife, but he survived the wound.
He said they stole hard currencies, N48,790 and two iPhones belonging to the deceased.
Adegoke said the offence contravened the provision of sections 223, 230, 233, 260 and 287 of the Criminal Law of Lagos State, 2015.