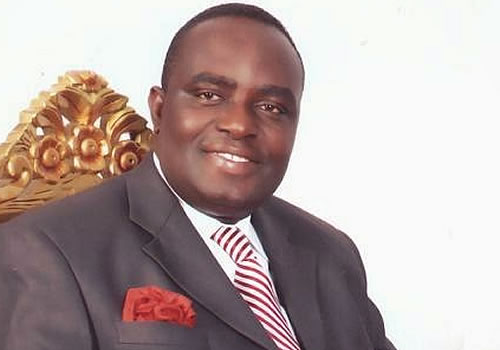 Former Executive Secretary of the National Universities Commission, Prof Peter Okebukola, has said that standard of education in the country is not falling as being speculated in some quarters.
Okebukola said this on Thursday at the Kwara State University, Malete, while delivering the first education lecture on “Declaration of state of Emergency in Education in Nigeria: “A Day After’’.
He said that rather than holding on to the erroneous belief on the nation’s education standard, it was the quality of attaining the standard that was falling.
He said: “It is not correct to say that the standard of education in the country is falling. No. What is falling is the quality of attaining the standard.
“If one looks at the syllabus of primary and secondary schools now, you will discover it is above their levels which is a good one.
“15 years ago, without a PhD, you can be a professor, but now, without it, you cannot even be a senior lecturer.
“This means that the standard is rising, but something is falling which is the quality to attain such standards.”
Okebukola, who is the Chairman of Council, Crawford University, among other things, identified inadequate funding, as the most critical challenge threatening the attainment of good quality education in Nigeria.
He said: “This can be easily explained by the seven per cent fraction of the budgetary allocation in the 2018 budget.
“Another challenge is inadequacy of teachers which makes the few available to be overworked; and while still grappling with the problem, the quality of teachers is largely poor.
“Lack of infrastructure facilities and decay are common sights in our institutions coupled with the explosion in student population.”
The professor of science education, who is also Chairman, Board of Trustees, Caleb University, added that though the curriculum at all levels was rich, but overloaded.
Okebukola said: “The overloading is in the wrong areas in number of topics to be covered theoretically undeserved in the opportunities for hands-on practical work and projects.
“Our curriculum must teach entrepreneurial skills to be able to address current societal needs.”
He noted that declaring a state of emergency was an official admission of crisis in the sector.
He said: “It means the existing legal, administrative policy and budgetary frameworks have been found to be inadequate and deficient to proffer solutions to fundamental issues.
“So, we have proposed the approval of a bill by the National Assembly on the declaration largely based on the approved document by the National Economic Council, also to be approved at the state level.
“Since emergencies are by nature extraordinary, extra budgetary measures must be adopted meaning transfer of education to first line charge to facilitate immediate release of funds.
“Also, roles must be assigned to state government and their respective education agencies and monitoring and evaluation mechanism should be instituted.
“There is the need to carry along the various unions such as ASUU, NASU, SSANU, NATT, JACs and student unions in tackling the emergency.”
Okebukola said though the problems in the sector might be challenging but not impossible to overcome.
He said: “It is not in doubt that in the next few months, attention will be on election than on the emergency that has been declared on education.
“I pray that when the hurly-burly of the elections is over in May 2019, the priority for the government should be in implementing the roadmap on rescuing the education sector.”