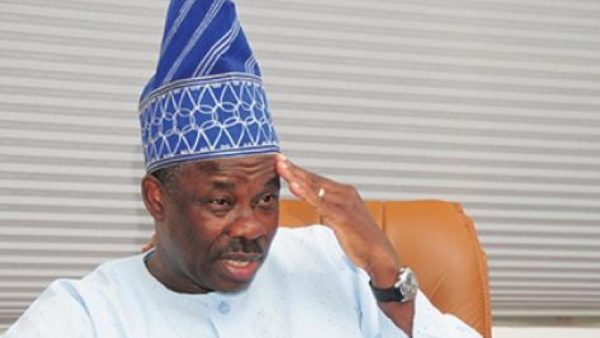 The Senate on Tuesday moved to check the rising emigration of medical and health professionals from Nigeria to developed countries when it considered a bill seeking to establish the Federal University of Medicine and Medical Sciences, Abeokuta, Ogun State.
The Sponsor of the bill, Senator Ibikunle Amosun (APC-Ogun Central), in his lead debate said the establishment of specialised medical universities have become very important in the country as there are high demands for medical and health professionals in Nigeria.
According to the lawmaker: “Many reports suggest that the number of Doctors, Dentists, Physiotherapists, Occupational Therapists and Bachelor’s Degree-prepared Nurses in the country are just not adequate to deal with the increasing population growth and the healthcare needs of Nigerians.
“The rising wave of external migration of medical and allied health professionals seeking greener pastures in more developed countries further compounds the problem.”
Amosun lamented that the mass emigration of needed professionals from the country has resulted in the near extinction of some disciplines offered by Nigerian universities.
He added: “Furthermore, some critically needed health professionals such as physical and occupational therapists, medical engineers, psychotherapists, and others are just not adequately produced in the country.
“Indeed, some of the disciplines are on the verge of extinction due to the mass migration of these professionals.”
The lawmaker warned that unless measures are introduced to check the situation, health indicators may continue to decline in the absence of interventions to tackle the trend.
He said: “More Doctors and health professionals leaving the country has led to a shortage of Nigerian Doctors and specialised health care practitioners.
“This has resulted in a heavy strain and disaffection among those remaining.
“It is equally creating a fast rising personnel deficit in the country’s health sector as statistics show that there is a ratio of one doctor to 100 patients, especially in our public hospitals.”
Amosun, however, expressed optimism that Universities of Medicine and Medical Sciences would provide the chance to train the critically needed health professionals as they will have flexibility, especially for creative programme expansion.
In a related development, the Senate also on Tuesday considered a bill seeking to give legal backing to the University of Health Sciences, Otukpo.
Sponsored by Senator Abba Moro (PDP-Benue South), said the bill, if eventually passed into law by the Ninth Assembly, will address he dearth in admission of students aspiring to study Medicine and Allied Sciences in Nigeria and supply of the needed manpower in the country’s health sector.
Moro said: “It is pertinent to mention here that the teeming Nigerian population puts enormous strain and stress on the national infrastructure and available Health Personnel.
“The Federal University of Health Sciences, Otukpo, when established, would bridge the gap of the challenges of inadequate of inadequate health professional in Nigeria.”
Meanwhile, the Senate has moved to boost the forestry sector in Nigeria with the consideration of a bill seeking to establish the College of Forestry Technology and Research, Birnin Gwarimpa, Kaduna.
The bill, according to its sponsor, Senator UBA Sani (APC-Kaduna Central), will ensure the protection of sites and landscapes of high cultural and recreational value as well as act as a stimulus to the contributions of forests to national development.
Sani said: “It is important for foresters to have cutting-edge education. Forestry as a profession is becoming the increasingly complex.”
“Maintaining and enhancing these functions is an integral part of sustainable forest management. The forest sector is interrelated with other sectors such as agriculture, natural resources management, education, tourism, infrastructure and trade.”
The President of the Senate, Ahmad Lawan, referred the three bills considered during plenary on Tuesday to the Committee on Tertiary Institutions and TETFUND for further legislative work, with a directive for it to report back in four weeks.
The Committee is Chaired by Senator Ahmed Baba Kaita (APC-Katsina North).