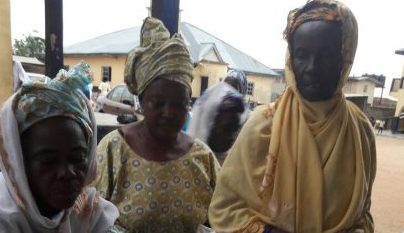 The Pious Muslim Women International Organisation has so far distributed over N31 million worth of cash and food items to  widows and orphans in Nigeria within five years of its establishment.

The founder and coordinator, Dr Hamdallat T. Yusuf stated this during the 2021 distribution of cash reliefs to widows and orphans in nine states in Nigeria.

The faith-based non-governmental organisation has always strived to add value to the society right from inception in 2015.

Yusuf said the mandate of the organisation which includes women empowerment and orphan care has remained a priority especially during the holy month of Ramadan where distribution has continuously been extended, to reach a larger number by the year.

The distribution which includes food items and money, according to her, has always been done in accordance to the teachings of the prophet Muhammad SAW and commandments of the Holy Qur’an.

She recalled that in 2015, the organisation spent N2 million  focused  mainly on communities in Ilorin, Kwara State capital.

“By 2018, the funds were increased to N5 million and extended to communities across Osun, Oyo, Ogun and Lagos states.

“In 2019, it witnessed an increase of distribution to eight states during the month of Ramadan which were Kwara, Niger, Oyo, Osun, Lagos, Rivers, Kaduna and Ogun.

“Despite the global economic crisis caused by COVID-19 pandemic and the lockdown, the organisation was able to raise N12 million in 2020 from members and general public who contributed from personal means.

“The funds were distributed across 9 states with Kano State joining the league of Kwara, Niger, Oyo, Osun, Lagos, Rivers, Kaduna and Ogun states”, she said.

“This year, so far, N15 million has been raised and only N12 million distributed to communities across nine states.

“However, efforts are still on to meet the target so as to extend the distribution across more communities and states given the reality of the impact of COVID-19 on the people and economy in Nigeria”, she stressed.

The founder explained that the organisation runs an open system driven by the fear of giving account to Allah on the day of reckoning and in line with Quran 3 verse 92 and Quran 2 verse 274.

“As the month of Ramadan progresses, it is the hope of Pious Muslim Women International Organisation that well-meaning individuals and corporate organisations will join hands to give back to the society and help those who are less privileged.

Pictorial evidence of the activities of the organisation abound on the organisation’s website www.piousmuslimwomen.org.ng and the social media page on Facebook www.facebook.com/piousMWIO/

Individuals and corporate bodies desirous of joining Pious Muslim Women International Organisation can send donations to the Jaiz Bank account of the Organisation: 0002304243.