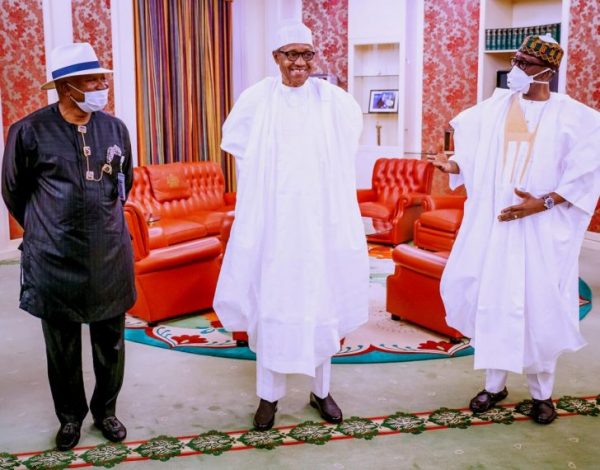 Monguno stated this when he addressed State House correspondents after presenting the recently appointed interim Administrator of the Presidential Amnesty Programme, retired Colonel Milland Dokio, to President Muhammadu Buhari at the State House, Abuja on Friday.

He frowned at the way and manner the amnesty programme was plagued by a lot of corruption, waste and mismanagement of funds by the previous administrators.

He said: “A lot of things happened to catapult the whole programme into other issues that originally were not intended.

“The predatory instincts of certain individuals came into the fore and the programme was turned upside down and, as a result of this, like the administrator has just said, there was a lot of corruption, waste, mismanagement within this period.

“A whooping N712 billion was wasted, basically unaccounted for, and this is due to so many issues, corruption being the main.

“Now, we realised that if the focus of the people, who are supposed to drive this programme, is to capsize the programme by allowing their own personal interest to come in, then we are all going to be in trouble because the Niger Delta is in trouble and, consequently, it will extend to the rest of the federation.

“I had to take this step to advice Mr. President that this waste cannot go on, this programme is not supposed to be an open-ended programme.

“There is no place on the surface of this earth where programmes that are supposed to be palliatives will continue forever.”

The NSA further explained that he recommended the interim Administrator to the President because the programme needed someone who would not be pushed around and would not also succumb to socio-cultural and political issues.

Monguno said: “The idea is to bring someone with strength of character, sense of purpose, someone who is able to deal with this from the short, medium to long term.

“Someone who is not going to be pushed around, someone that will not succumb to socio-cultural political issues, and someone to clean up the stable and stabilise the region for the people of the Niger Delta region.

“I must also add that he has been receiving a lot of cooperation, help from certain ministries, like Ministry of Transportation, Environment and, of course, as time goes on, other people will key in.”

Monguno expressed the hope that the new administrator would address the endemic corruption facing the programme as soon as possible.

In his remarks, Dokio pledged to refocus the programme to its original mandate of developing and securing the Niger Delta region.

According to him, the ultimate success of the Amnesty programme lies in its ability to move ex-agitators from their previous lifestyles to sustainable livelihoods as peaceful members of their communities and net contributors to the economy.