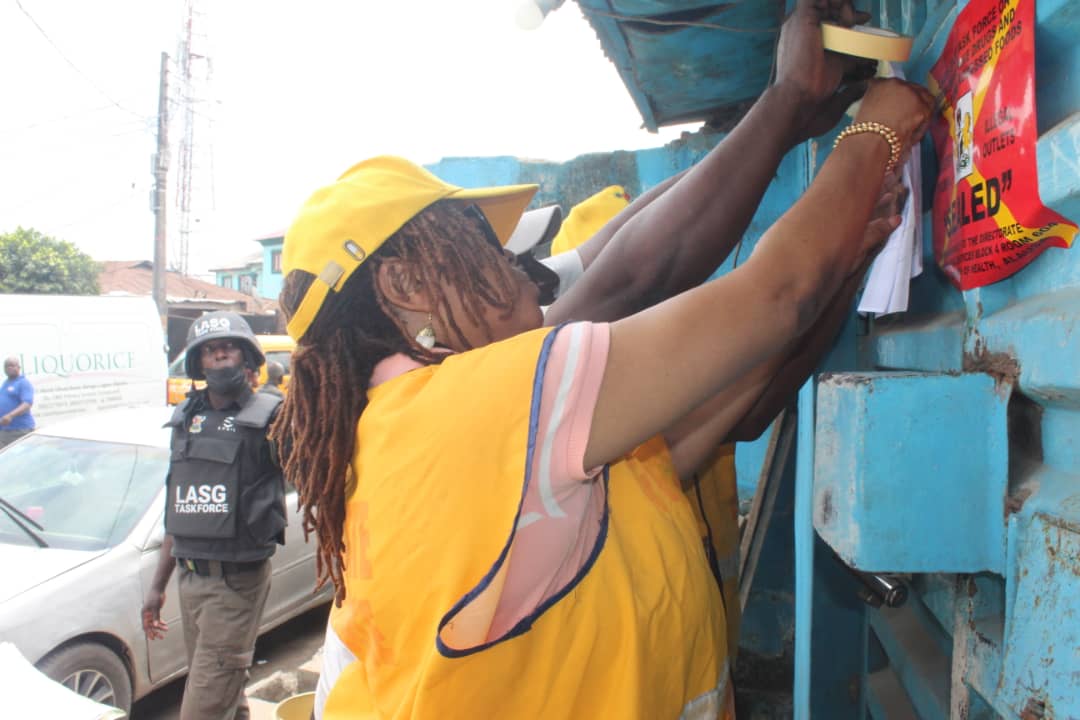 Commissioner for Health, Prof. Akin Abayomi who  disclosed this on Thursday after reviewing the report of the recent monitoring, inspection and enforcement exercises carried out by the Taskforce, explained that the affected pharmacies and patent medicine stores were shut for contravening regulations guiding the operations of pharmacies and patent medicine stores, including indulging in illegal practices and failing to comply with regulatory standard. 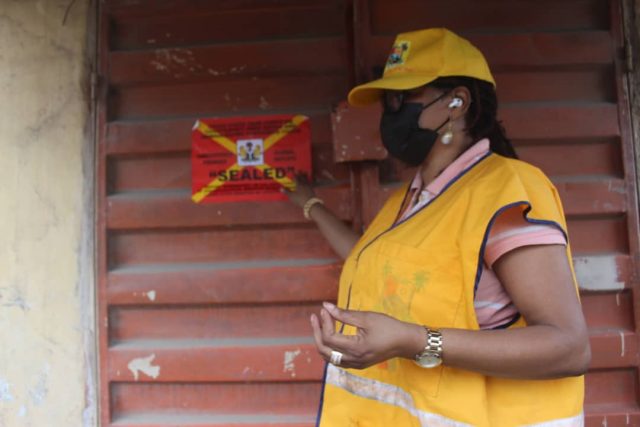 “The sealing of the affected pharmacies and patent medicine stores was in accordance with the provisions of Section C34 of the Counterfeit, Fake Drugs and Unwholesome Processed Foods Miscellaneous Provision Act of 1999”, he noted.

Abayomi explained further that the affected pharmacies and patent medicine shops were sealed for offences including inappropriate storage conditions of drugs, absence of licensed pharmacists during business hours, selling of drugs not on the approved list and the display of expired drugs for sale.

According to the Commissioner, the recent operation by the Taskforce is in continuation of the war being waged against fake drugs and illegal drug shops in Lagos by the Governor Babajide led administration.

Abayomi promised that the activities of the State Task Force on Fake Drugs would not only be sustained, but intensified until stakeholders in the pharmaceutical value chain appreciates the need to adhere strictly to the provisions of the law.

Speaking in the same vein, Director Pharmaceutical Services in the Ministry,  Oyebisi Omolambe  said that the State Government will not relent in its efforts to stop the inherent dangers associated with the operations from unlicensed pharmaceutical outlets and drug shops.

She added that the Task Force through the Pharmaceutical Inspectorate Unit (PIU) of the Pharmaceutical Services Directorate has been re-energized to intensify the on-going war against fake, expired and substandard drugs being peddled by unlicensed and illegal premises. 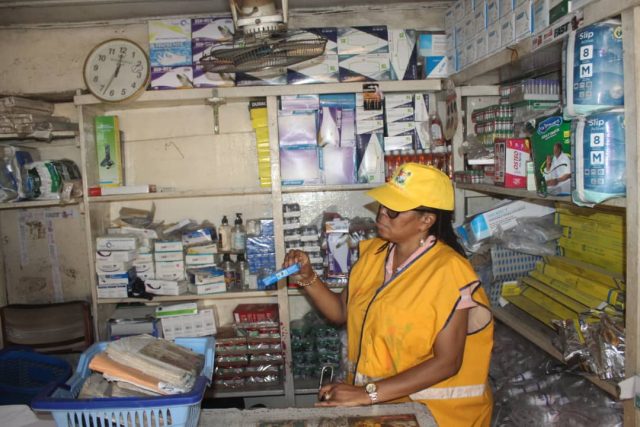 “This closure is thus part of the government’s renewed efforts to sanitize the drug distribution system and curb proliferation of fake drugs in the state,” she said.

The enforcement and compliance raid by the State Task force on Counterfeit, Fake Drugs and Unwholesome Processed Foods was carried out in collaboration with the National Agency for Food Drug Administration and Control (NAFDAC), Pharmacists’ Council of Nigeria (PCN), Pharmaceutical Society of Nigeria (PSN), Federal Taskforce on fake drugs and the Police Officers from Environmental and Special Offences Unit (Task Force) of Lagos Police Command.