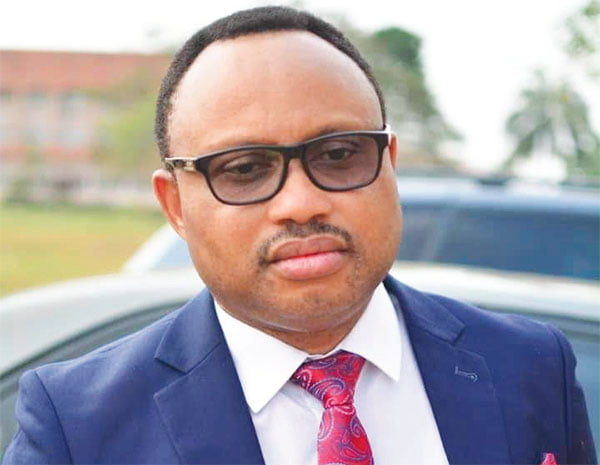 Anambra State Deputy Governor Dr Onyekachukwu Ibezim, has visited in hospital, a personnel of the Federal Road Safety Corps (FRSC), who survived the April 3 attack by gunmen on its patrol team.

The attack which took place on the Uga-Ezenihite-Igboukwu road in Anambra resulted in the death of two FRSC officers.

The DG said he was impressed with the wounded FRSC officer’s speedy recovery.

He described the attack on the officers as unfortunate, directing such incident should never have happened again.

“Thank God, he is recovering fast. He has been moved from the ICU to the wards and has started feeding orally.

“He has enjoyed the best of medical care and I must say the hospital is doing well. From the sound of his voice, his spirit is strong and we are hopeful that in no distant time he will go back to work.

“It boils down to what the governor has been saying that we just have to discuss; we need to come to a roundtable and sort out the issues. We can’t continue to lose lives and harm ourselves, it does nobody any good.

“FRSC officers do not carry guns, they are soft targets and this is an attack that we pray should never have happened, as they were on the statutory duty of ensuring that our roads are safe,” he said.

The deputy governor gave financial support to the family of the victim, saying that the Chukwuma Soludo-led government was deeply saddened by the incident.

He pledged that the state government would continue to do all what would bring sustainable peace and security for all.

The Chief Medical Director of COOUTH, Dr Joe Akabuike, said the wounded officer had undergone every necessary surgery and was on the recovery path.

Akabuike said the officer was shot in the intestines and abdomen, but thankfully, he received some care from the referral hospital before coming to COOUTH for corrective surgeries.

He said that the officer had become stable now, after spending over two weeks in the ICU.

In his remark, the Sector Commander, FRSC in Anambra, Adeoye Irelewuyi, thanked the deputy governor for the visit, saying the command was highly encouraged.

Irelewuyi said the command was happy for the support from the state government, adding that the men and officers of the corps were not deterred by the attack

He prayed for complete recovery of the wounded and for the repose of the souls of the two other officers who died in the attack.

The state Commander described the FRSC as an humanitarian job which works for safety on the roads, adding that people should not make them targets of attacks.

H added that “On April 22, one of the officers was buried at Nteje and as we speak, the other officer is being buried at Ogoja.

“We are in contact with their families and will ensure that all their statutory entitlements reach them,” he said.