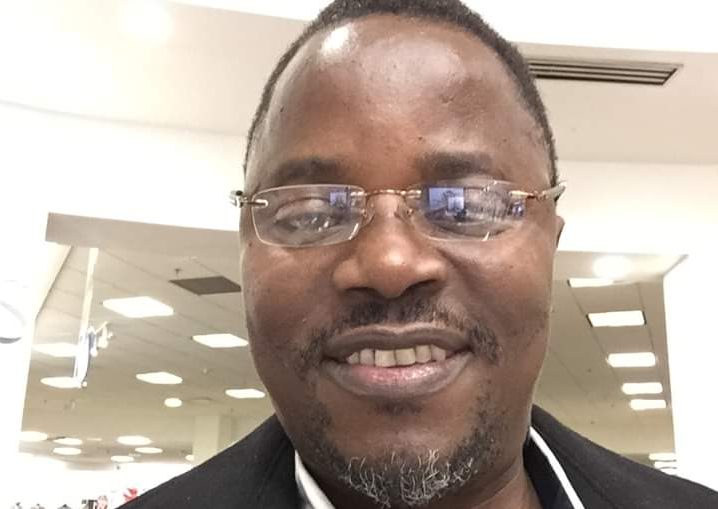 Donkey’s years ago, before greed overtook leadership and snatched the reins of governance, Lagos was a free society without a tollgate. Doubtlessly, the tollgate was a taboo in Lagos ages ago. This was in the days when history took culture under its wings together with language and tradition, forming a formidable foursome.

This was before government calamitously embarked on the journey to remove history from school curricula, deify foreign cultures, denigrate Nigerian languages and scorn tradition.

Nowadays, the four-pronged society preservers – history, culture, language and tradition – have been rendered as gaping as the four missing incisors in a mouth sentenced to pronouncing: “Surely, every thief stealing seashells by the Lagos seashore shall die by the sword at Tinubu Square.”

This pronunciation task is an impossibility for anyone without the incisors because the incisors, what the Yoruba call “eyin faari”, are needed to pronounce dental sounds.

The opambata is the long, fearsome stalk of the palm tree wielded by the Eyo masquerader. The agbada is the white, overflowing regalia and the aro are the panegyrics of the Eyo.

Born at the Lagos Island Maternity Hospital and raised in Mushin, I memorised the ‘omo alagbada tolonga, tolonga’ Eyo panegyrics, a must-know chant among fellow youngsters back in the day.

That was a season when Lagos was sane, bold and unconquered. It was a time when Lagosians boastfully chanted the Eyo praisesong, recalling how their forebears’, in these tuneful lines, vowed never to pay toll at the boundary: “Eyo baba n’tawa, to nfi goolu se’re, awa o ni sanwo onibode, o di’le.”

I understand the encumbrances of serving and past Lagos governors. I know how gingerly former Lagos governor and incumbent Minister of Works and Housing, Babatunde Fashola, carries the burden of loyalty. But millions of Nigerians don’t. I’ll jog their memory.

When asked at a senate ministerial screening in 2015 about his view on loyalty, Fashola responded, “The concept of loyalty is a strange one. The real answer is that may our loyalties never be tested. I always pray that may my loyalty never be tested.”

He went ahead to narrate the story of two daughters who were unwilling to donate a kidney to their sick mom after the Lagos State government promised to send their mom abroad for transplant, stressing that he never wished his loyalty to be tested because no one knows the cost.

Fashola, at the intense screening, insisted that he had never been disloyal to any cause he has ever ‘signed on to’, stressing that, ‘no one can accuse me fairly of giving my word and going back on it’.

Fashola is fervently loyal, I know. He’s an unfrivolous Lagos poster boy who minds his business, plays his table tennis and smokes his cigarettes.

Fashola was loyal to his godfather, Asiwaju Bola Tinubu, first – as chief of staff and later as first term governor. During his second term as governor, his loyalty was seriously tested, and Fashola doesn’t like his loyalty to be tested.

Several days after Nigerian soldiers murdered many youth protesters at the Lekki tollgate plaza last month, Fashola visited the scene after it had been washed clean of innocent blood.

As he stepped out of his vehicle and made a solitary and determinable peregrination at the scene of the public execution, Fashola’s loyalty was on trial. But remember, he had warned that he doesn’t like his loyalty to be tested.

Fashola wore brown plain clothes underscoring the prevailing sombre mood. The plain clothes were also a foretaste of the breakthrough about to happen. He folded his hands behind his back like a wise man while his roving eyes scanned the drainage, road and tollgate pillars.

Like a prophet who takes the cue when his hour has come, Fashola looked up at the tollgate beacon and continued on his solitary mission…then his eureka moment unraveled in broad daylight when he suddenly discovered the crime-scene camcorder!

As he fetched a handy piece of cloth from inside his plain clothes, headlines for the next day’s newspapers probably flirted around his mind, “#ENDSARS: Fashola unearths secret camera,” “Fashola discovers breakthrough lead at Lekki,” “Detective Fashola!”

Brilliant people are gifted with anticipatory thinking. It’s possible that Fashola envisioned himself being swarmed by reporters after his earthquaking finding, falling over themselves in the bid to ask questions while he basked in smiles of triumphal accomplishment.

But killjoy Nigerians felt Fashola was acting a comedy. They weren’t grateful that Fashola didn’t act like the Greek polymath and inventor, Archimedes, who reportedly ran home naked from a public bath, shouting eureka! upon discovering an insight into volumetric displacement.

Shame on fault-finding Nigerians! They descended on Fashola and smeared his reputation on social media. If Nigerians accuse Fashola of owing his allegiance to the President, Major General Muhammadu Buhari (retd.), rather than to the Federal Republic of Nigeria, I’m sure they won’t be mistaken as to where the allegiance of the members of the Lagos State House of Assembly lies.

Perpetually in the news for wrong reasons such as staggering corruption allegations, the Lagos legislature is tethered to Tinubu, to whom members of the House publicly pledge their allegiance, always.

By now, former Nollywood actor-turned-lawmaker in Lagos, Desmond Elliot, must’ve seen how his foreign surname has been turned into a rhyme scheme of unprintable adjectives signifying stupidity.

Employing dishonest reasoning, Elliot drew the ire of Nigerians when he called the Lekki protesters ‘children’, warning the Speaker, Mudashiru Obasa, about the need for an urgent clampdown on Nigerians using social media users to demand better governance.

Elliot wasn’t outraged about the merciless killings of innocent youths by Nigerian soldiers at the Lekki tollgate, but was scandalised that protesters, in reaction to the killings, could storm the palace of the Oba of Lagos, Rilwan Akiolu, and seize the fleeing king’s staff of office.

Because Elliot must please the gods, he boomed, “When I went through the comments I could not believe it (sic); the curses, the abuses from children, and I asked myself, ‘Is this Nigeria? What is going on?’ Culture is gone!.., Mr Speaker, in the next five years, there will be no Nigeria if we don’t start now!

Without living in the Tabon-Tabon area of Agege, the phonetics-speaking Elliot even fired a couple of Chief Zebrudaya bullets, among others. Hear him, “The youth is (sic) not only those who do the peaceful protest!”

Reacting to the fallout of the state-induced riots that greeted the Lekki killings, a colleague of Elliot in the legislature, Mojisola Alli-Macaulay, said most Nigerian youths are on drugs, most of the time. What!?

Alli-Macaulay is a member of the current ninth Assembly that pardoned former Lagos Deputy governor, Femi Pedro, and restored all his outrageous privileges to him while Pedro’s predecessor, Kofoworola Akerele-Bucknor, who committed no offence as Pedro never got her privileges restored.

Shamefully, Alli-Macaulay is a member of a House whose Speaker has a yoke of corruption allegation hanging at his neck.

Which one is it better to be, a drug addict or a chained Assembly?

. First published by The PUNCH.