Enter, the President’s new Chief of Staff, by Femi Fani-Kayode 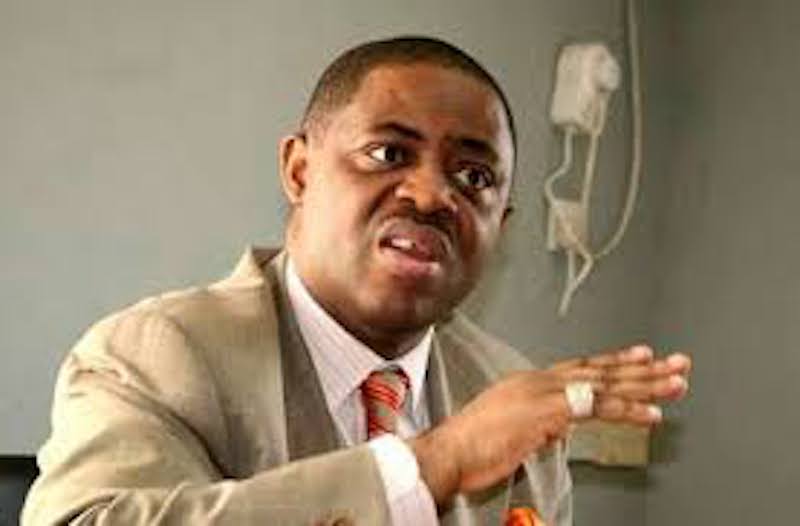 Two hundred years ago, the Aare Kakanfo of the ancient Oyo Empire and the self-proclaimed Oba of Ilorin, Aare Afonja, rebelled against the Alaafin of Oyo and entered into a military alliance with a Fulani advisor, sorcerer and mercenary by the name of Alimi. Predictably Alimi betrayed him and he ended up being tortured, dethroned and murdered. Not only did Alimi and his Fulani warriors kill him, they also murdered all his sons in the most cruel and barbaric fashion. Alimi and his family took the throne for themselves and consequently the Oyo Empire, and by extension the Oduduwa nation lost Ilorin to the Fulani and to the sons of Usman Dan Fodio. Ever since that day a Fulani Emir, from Alimi’s “Gambari” family and lineage, armed with a flag and staff of authority from the Sultan of Sokoto, has ruled Ilorin.

There is no gainsaying the fact that the Gambaris are trusted servants and bonded slaves of the Sokoto Caliphate. They see themselves as the guardians, protectors and defenders of the Caliphate’s southern border and they serve and protect its traditions, its faith and its political and economic interests. This has been the case for the last 200 years.

It is for this reason that they are often referred to by the sons and daughters of Oduduwa as “mesu jamba” (meaning a “shifty, unreliable and treacherous”). To add to that, the saying goes: “Beware of the Gambaris and the descendants of Alimi.”

Enter Prof. Ibrahim Agboola Gambari, Buhari’s new Chief of Staff and Nigeria’s former representative at the United Nations. Contrary to popular belief and despite his second name, Agboola, this man is NOT a son of the South West or an Oduduwan but a Fulani Prince from the Royal house in Ilorin. He is a descendant of Alimi. He is a Gambari. And to cap it all, his brother, Emir Ibrahim Kolapo Sulu-Gambari, is the present Emir of Ilorin.

His forefathers stole our sacred Oduduwan lands, took our throne, carved up and divided our Empire, enslaved our people and have persecuted our leaders in Ilorin for the last 200 years denying them of their most basic liberties and rights. And worse of all they have done this with the full blessing and support of the Sokoto Caliphate and the Sultan of Sokoto.

With the appointment of Gambari as the President’s Chief of Staff, for the first time in our history, we have a Fulani President and a Fulani Chief of Staff, both serving a Fulani Government with a Fulani agenda. This has never happened before and very soon the results will be self-evident. To make matters worse Gambari is himself a hardliner and he was Buhari’s Foreign Minister in 1984 when the latter was military Head of State. He served a tyrant and a dictator before and he is serving a tyrant and a dictator again.

And he served not just ANY tyrant and dictator but Nigeria’s greatest military tyrant and dictator and now he is set to serve Nigeria’s greatest civilian tyrant and dictator. Unlike his predecessor in office, the late Abba Kyari, who was a Shuwa Arab, Gambari is a Fulani. His only interest throughout his distinguished career as a career diplomat was to do nothing but further and protect the interest and hegemonic agenda of the Caliphate in Nigeria and to justify and rationalise its greed, brutality, barbarity and excesses before the civilised world in various international fora. Now he has come to help establish and entrench Buhari’s Islamisation and Fulanisation agenda. We welcome him and we will engage him in battle.

Abba Kyari has gone. A hardline Islamic fundamentalist and Fulani irredentist has now taken over his job. Nigerians will see the difference. For those of us that have been in the struggle to liberate our people from the tyranny of Buhari for the last five years it is “game on” and “back to the trenches”. The ceasefire is over and the war against ethnic and religious bondage and against injustice, subjugation, domination, nepotism, servitude and slavery has started again. May the best man win.