Who will castrate Akpabio’s enraging libido?, by Taju Tijani 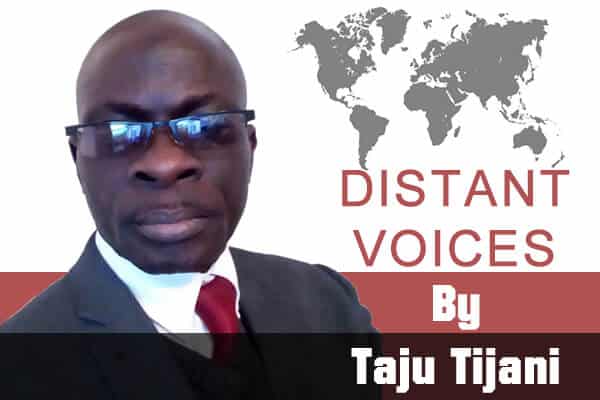 Casanova Godswill Akpabio, the Minister of the Niger Delta, has been caught in his desire to test his raw sexual vitality on a no-nonsense Port Harcourt superwoman. This man, who always wants to occupy the place of the triumphalist, is today at the centre of a career destroying storm of sexual indiscretion. Discourses around sexual predators like perverts, rapists, harassers, Lotharios, cheats, and philanderers have occupied the Nigerian social and commentariat space recently and most talking heads and politicians have come to the conclusion that there is no beastlier sin than the sin of sexual assault or carnal violence.

The narrativization in most public domains is that it is a monstrous sin to violently invade a person’s most sacrosanct cavity for demonic, sexual gratification. We have seen black-shirted anti-rapist’s militant women with placards as they lay siege after siege at the seat of power calling out time against sexual monsters in our society.

In our society. we have thrown so much omerta (silence) around sexual abuse especially when the perpetrators are politicians, privileged, powerful, prominent, and persecutory. With our acquiescent, we have seen so many lost adolescent virginities in the hands of these perverts that could bring tears to the eyes. Therefore, Joy Nunieh’s high profile and elitist case could serve as a moralising metaphor for the reawakening of public appetite for more civic engagement with sexual harassment and its traumatic experiences on the victims, either male or female.

This writer can guarantee that Senator Akpabio is not a saintly politician whose words could be trusted. Even his spirited denial of Joi Nunieh’s alleged sexual harassment could not insulate him from the harm and damage done to his standing as a Minister of the Nigerian government. Before the lid was blown open on his fantasy for a secret tryst with Ms Nunieh, Senator Akpabio is not known to be an ethically principled politician when it comes to matter of corruption and state looting. When he was the Governor of Akwa Ibom State, he made a horrible caricature of himself as Nigeria’s most audacious politician who awarded himself immorally humungous severance package and retirement benefits that resembled lunatic greed. Akpabio is a man who has always allowed his humanity to be drained out because of money.

Today, our politics is populated by his tribe – greedy, wealthy, promiscuous, egotist politicians with more than average appetite for sexual orgies. Abuja, I gathered has become another city of harassing libidos, philanderers, high profile rapists, sexual predators, playboy hangout, noisy orgasm, and the epicentre of sexual liberalism. Abuja has morphed under the arc of time from being a capital city for political synergy and the promotion of national policy direction into a hidden Eden where multiple orgasms could be heard from dawn to dusk. Good or bad, Akpabio has a fantastic heritage as an Ibibio man. Ibibios are notorious for their love of canine delicacy and flirtatious weakness for the opposite sex. Yes, Ekaette his wife may have been able to tame the raging libido of her husband, but the sight of an energetic, sexy, confident, vocal, and curvaceous Port Harcourt woman may have been too close to call.

Helplessly bewitched by an Ogoni woman, Akpabio must have fantasised for an interpenetrative union between two restless bloodlines: the fusion of Ogoni and Ibibio. Akpabio, I could imagine was trying to indulge a fond curiosity for probably a novelty he had never experienced before. How would it feel to bed a woman who had had marriage assignations with four different men? Akpabio, like all predators, saw a vulnerability he could exploit. So, in the depthless shallowness of his dirty mind, he began to feed his lustful imagination with the splayed naked body of Nunieh on a four poster bed in Le Meridian or a guest house in Abuja as madam Acting MD of Niger Delta Development Commission moans the night away. He must have painted Nunieh as an immoral social climber using her bottom power.

Nunieh on her part rejected all Akpabio’s plan B, and when his persistence was out of control, she resorted to the antisocial behaviour of an unpaid Port Harcourt hooker: she rumbled Akpabio with couple of dirty slaps as a timeless reminder that “you don’t mess with a Port Harcourt girl”.  She said: “I slapped him. He tried to come on me. I am an Ogoni woman, and nobody jokes with us. I showed Akpabio that Rivers women do not tolerate nonsense.” Nunieh’s physical assault on the rosy cheeks of Akpabio has an embedded lesson for our privileged, powerful and, money-miss-road politicians. The moral undertone here is that not all women are deferential to money, privilege, power, and position. Disturbed by the horror and accusation of sexual harassment, Akpabio had to resort to name calling, character assassination, cheap blackmail, befuddlement, and shameful attack on poor Nunieh on irrelevant issue of certificate inconsistencies to win the libido war between him and his nemesis.

“For the records, the Honourable Minister, Senator Godswill Akpabio, CON is happily married and content with his wife. “Together they are blessed with children, four of whom are young women. The honourable minister is an avid believer of Affirmative Action and that was visible in the appointments he made as a two-term executive governor of Akwa Ibom state between 2007 and 2015. “Under his watch, he appointed several women into various high-level positions as Chairpersons of Local Government Councils, Magistrates, Judges, Heads of Parastatals, Directors, Permanent Secretaries, and Commissioners.

“He is the first governor in Akwa Ibom state to have a female deputy governor, was also the first to appoint female chief justices of the high court, recommended women for ministerial appointments one of whom was the Minister of Housing and Urban Development, and supported for appointment the first female vice-chancellor of the only Federal University in the state etc.”

Of course, we live in a world full of denialists. The defensive flourishes of Senator Godswill Akpabio, the Minister for Niger Delta, his smartassery and the denial of the damaging accusation of sexual harassment further amplifies one obvious fact. That is, discourse around sexual harassment is often enacted as firewall for the status quo, no matter the evidence, in our society. Sexual harassment is rampant in our society, in both intersecting and contradictory ways and it creates anger, tension and fear. It is a public health crisis in Nigeria. However, in Nigeria, nothing safeguards an elitist sexual offender from persecution than proximity to power as we shall soon see in the unfolding case of Senator Akpabio.

Nunieh’s wish to witness the public castration of Senator Godswill Akpabio’s enraging libido may not happen, but at least she has demonstrated a life of moral character by standing down the relentless pressure of a protected, privileged but closet sexual predator. That is what happens when an incompetent government hypocritically lay claim to integrity without fully living it nor handing down punishment for the many high profile criminal irredentists who have consistently brought this nation to shame either through looting or moral injury.