What are we doing while time is passing?, by Kola Oyefeso 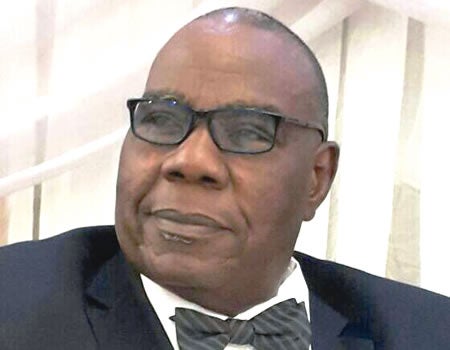 A King sent out a servant of his to a foreign land and gave him just one assignment. On reaching the foreign land, the servant did so many wonderful things, but the one mission for which he was sent out, he forgot altogether. Even when he attempted to do the assignment he did it haphazardly.

After a while, the King angrily charged at the servant and sternly demanded from him: my message you were sent to perform: did you do it or not? Dazed, the servant sputtered, my lord, I forgot. The foreign land you sent me to is a beautiful place. I married a woman, I have children, my responsibilities increased and I open a shop to maintain my worldly obligations therein….

As he wanted to continue, the King interrupted him, saying: I sent you to a foreign land for one specific mission, instead of devoting yourself to my assignment, you forgot. You instead got yourself enmeshed in paraphernalia packaged to cushion the effect of your stay in the foreign land. You are a disgrace, you will be punished and there wouldn’t be any let off for you until my mission is accomplished. After your punishment, you will be sent back, for that mission of mine is a must. It is willy nilly. There will no rest for you until my mission is fulfilled.

The king in the narrative is the Lord Himself. The servant is the average human being and the paraphernalia is our earthly relations. The one mission of the King is our devotion to the Lord. No more no less! Nothing beside our devotion will avail on the day of reckoning ,when we will have  to account for every breath taken and morsels swallowed.

Sow a thought and reap a deed.

Sow a deed and reap a habit.

Sow a habit and reap a character.

Sow a character and reap a destiny.

“WHAT ARE WE DOING WHILE TIME IS PASSING?”

a. A new year must be seen in the right perspectives.

b. To the discerning mind, both the year end and a new one come with mixed feelings.

c. The non-comforting feeling is jolting. It reminds us we have just lost a year from the number of years allotted to our soul for the purpose of redeeming it from the shackles of the Negative Power- the Gatekeeper of the multi-dimensional-world.

d. The new year gracefully given to us offers us a new beginning to be whole and sin no more. The Lord is so merciful. He doesn’t punish the soul being an integral part of Divinity. Rather, the Lord gives the soul a new body to improve itself in the soul’s evolutionary scale.

e. Viewed in this light, the new year should serve us as a wakeup call to do the needful while we have the opportunity.

f. We only have the opportunity when we are alive and kicking. Once we shed the mortal coil, the night has come for the body. It cannot worship God any longer.

g. The law of karma is inviolable, we will get only that we richly deserve.

h. As ye sow so shall you reap is an inviolable law insist all Saints. This matter bears striking similarity with what obtains in our daily lives. If we put our son in school. He regularly attends his class and works diligently, he will always be promoted to the next upper class.

i. But  on the contrary, if he has not been learning his lesson, and wasted his time idly, in bad company and loses efficiency and become unfit to be kept in the class of other serious  students, would the school not be justified for sending such truant of a student to a lower grade?

j. In the same manner the world is a bigger school to which we are sent by the Lord to learn lesson to know the truth and reality. If during our lifetime we learn the lesson for which we are sent here, to know ourselves, to realise our Creator we will surely be promoted to higher state in the spiritual regions.

k. But if instead of doing our real work in the world, we unlearn what we learnt in the previous class, that is, we act like animals and behave like beast, do we need any argument that we will go back to the lower class we have merited among the 84000 species. We are thus asked to ever be aware: Nature is not extravagant. It gives that form to an individual in which he can best satisfy the unfulfilled desires and cravings.

l. Most importantly, we are to come to the awareness of our pristine heritage. That we were gods before creation and shall become God again, if and when the creation ceases to be.

m. By so doing we should no longer see ourselves as mere human beings, helpless drifters in nature’s vortex, now bent as twigs by every breeze that blows and preys to every hostile creature that crosses our path, victims of disease, of poverty, pain and death. Worse still, not knowing that we are little gods, clothed in rags and now merely managing to eke out a miserable existence.

n. We may believe it or not, from all reasoning and common sense, this can not be our very first life. Indeed, there was life before this our present life and there will be life after it. Life at the physical plane will continue like an endless circle until we are wise enough to use the current opportunity to work ourselves in and get out of the wheel of constant migration from one species to the other.

o. It is not rocket science for us to understand that way of the Lord and the activities of the world pull in opposite direction.

p. We are to imagine if we harness two bullocks to a cart, one on the front end and the other on the back end, and the two bullocks start pulling with all their might, certainly the cart will go no where. Same with our Godly pursuit and worldly activities.

q. Finally, let us remind ourself once again the true meaning of a new year as well as its significance. As reasoning human beings, everyday should be regarded as a new day and a new year for us. The truth is, the combination of all the new days becomes what is known as a new year. So every day, we should bow our head in gratitude to the Lord for all He has given us. Everything is the Lord’s Grace. We should  not just wake up and hit the road as the animals do, without reverence to Him, Who has given us the unquantifiable privilege to witness a new day, and of course a new year.

r. Nonetheless, at the conclusion of a year, we should always look back and see how much we are lacking, and how much still has to be achieved, with a view to resolving to improve on our shortcomings in the ensuing year.

s. By so doing, it will dawn on us as to what resolutions we should make, what determination we need to put in to achieve our resolutions in the new year.

t. We must also through out a new year be constantly evaluating our drawbacks and our weaknesses, towards putting measures to getting rid of them.

u. That is living purposefully as true and true living beings and by extension, God’s man on earth.

v. May we be gifted with the understanding of life’s true purpose and with the privilege to live life purposefully.

. Aare Oyefeso is a philosopher and Lagos-based businessman.