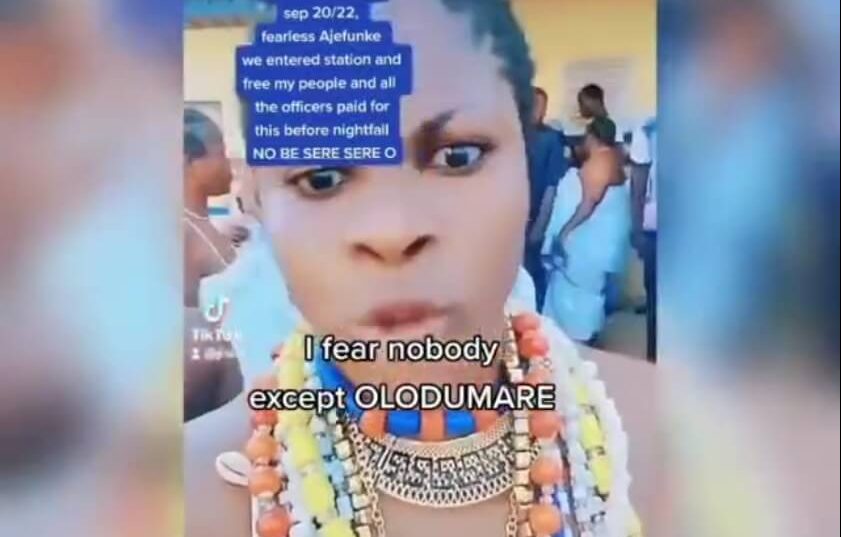 Some traditional worshippers dressed in white attire with locally made beads on different parts of their bodies have stormed the Eye Police Station in Epe area of Lagos State.

They stormed the station to demand the release of their drummers who were arrested by operatives of the station.

In a viral video, the traditionalists said the drummers were arrested on September 20.

The worshippers made their way into the premises of the police station demanding the release of their drummers who were arrested by an officer attached to the station.

In a viral video, a lady, who is apparently the leader of the group, stated that the police arrested their drummer.

According to the lady, who identified herself as Ajefunke, she is not a troublemaker and she minds her business.

She stated that she is not afraid of anybody and if anyone tries to kill her, the person is just lucky.

Ajefunke said: “I respect only ‘Olodumare’.

“Don’t pass your boundaries and I wont pass mine.”

In the video shared online, one of the traditional worshippers claimed they also prompted the release of other suspects held at the station, adding that they would not leave until the Divisional Police Officer gives them money for sacrifice for the aberration they committed.