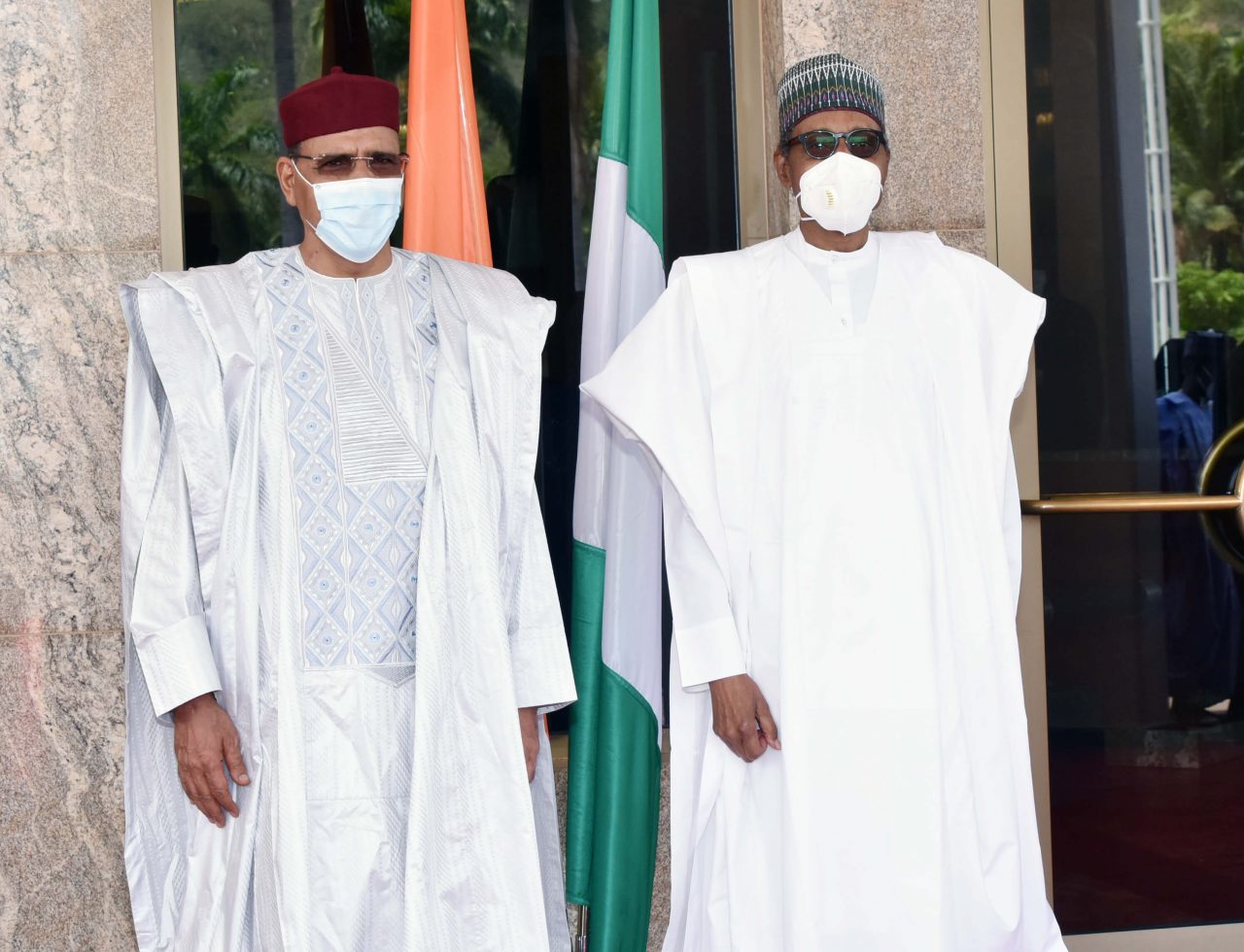 President Muhammadu Buhari has hosted his Nigerien counterpart, Mohamed Bazoum, to a Ramadan Iftar dinner (breaking of fast) at the State House, Abuja on Monday.

The News Agency of Nigeria reports that the Iftar dinner was meant to share blessings of Ramadan while promoting harmony and mutual understanding between Nigeria and Republic of Niger.

The visiting president and his delegation arrived at 6:45pm and he was received by Buhari at the State House Mosque, where they prayed together before proceeding to the Banquet Hall.

Buhari had earlier in the day in his office met with the Nigerien leader, who was on his first international trip after inauguration on April 2.

The two sub-regional leaders had discussed issues of mutual interest, including security and economy.

Some top officials of the Nigerian Government at the dinner included Geoffery Onyeama, Minister of Foreign Affairs; retired General Bashir Magashi, Minister of Defence; and Timipre Sylva, Minister of State for Petroleum Resources.

On the entourage of Bazoum were Senior Minister and Minister of Foreign Affairs, Hassoumi Massasou; Deputy Chief of Staff, Djibo Daouda; and Nigerien Ambassador to Nigeria, Alat Migaskia.