Politics, policies and governance in Nigeria, by Abiodun Komolafe 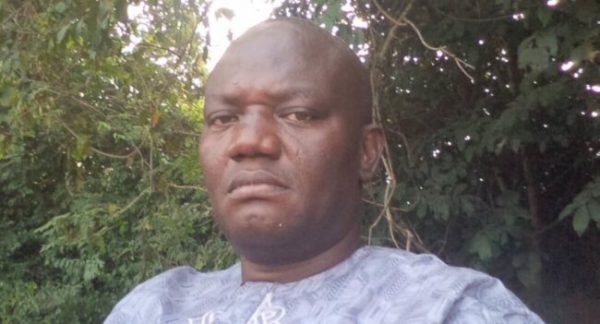 Of a truth, Nigeria’s major predicament is that those who occupy the driver’s seat in her public administration have masked their interest to appear as if it is the public interest. Of course, the pursuit of this interest is to the advantage of those leaders and their cronies while the led bears the brunt. Regrettably, this informs the types of policies being churned out by the leaders which, in turn, inform the outcome of our peculiar public administration and … our brand of politics.

As the saying goes, the wrong we see are oftentimes symptoms of a deeper ailment! Well, it is common knowledge that no country can develop without a predetermined solid structure. Unfortunately, Nigeria has none! Year in, year out, governments come up with pretty and fantastic policy names. But that’s where it ends, simply because those with zero understanding of what a particular policy entails are the ones in government, directing its affairs. While ‘elected’ leaders lack the coherent vision of development needed to implement the change our country needs, those who have what it takes to move it forward cannot get elected into public office because they do not have the means. Again, how did we get here?

When Olusegun Obasanjo initiated -‘Operation Feed the Nation’ (OFN), the belief at the time was that the programme would outlast his regime and that Nigerians would be fed, truly, in their millions. Looking back, where has Baba Iyabo’s OFN landed us as a people and which part of the nation is now being fed?

In September 1986, the Ibrahim Babangida-led junta introduced the Second-Tier Foreign Exchange Market (SFEM) as a second official foreign exchange market in Nigeria. Indeed, little did Nigerians know that, like Siamese twins whose destinies were tied together, the birth of SFEM would bring round-tripping along with it. What of Maryam, his late wife’s ‘Better Life for Rural Women’ programme? Had the intervention also been truthful to its mission, the transformation would have been so visible to the naked eye. Most probably, too, the programme wouldn’t have disappeared like mist from the face of the earth.

Not too long ago, many young students in school would want to study and become medical doctors, lawyers or engineers. With the incursion of the military, especially, with its clutching onto straws to erect the Nigerian state on the sand of lies and mischief, the music changed! There and then, a typical Nigerian youth would want to become a soldier. Enter the politicians! Like water, succumbing to the whims of temperature, politics won the hearts of our youths as the preferred life ambition. As fate would have it, new fishes have sought tenancy in Nigeria’s ocean. Now, it’s either our young ones do ‘yahoo’ or nothing else.

But again, why won’t they? Aren’t our hearts now into grief as a result of Nigeria’s political complexity? Are the ground not also barren and the water no longer springing forth? In our very eyes, a first-class brain ‘graduates’ into a cart pusher while most of those at the helm of affairs are cobblers. Elsewhere, the selection of those who govern is from the pool of trained minds from its Ivy League while possession of a Secondary School Leaving Certificate is all a presidential candidate in Nigeria needs to qualify him for the tenancy of Aso Rock Villa. Give a scalpel to a carpenter and ask him to perform the duty of a trained surgeon. Of course, the result of such an outing is better imagined.

Time it was in Nigeria when those who joined political parties would contribute money to run those parties. These days, a political party is nothing more than an association of hustlers who have merely agreed to come together for pecuniary conveniences. Anything short of that definition is to deceive ourselves, deliberately.

I have argued elsewhere that Nigeria is one terrible case of ‘thief steal am, thief catch am!’  Saying it as it is, bribe has become a commodity in our land. The tragedy of our situation is that the restless soldiers in the system who, expectedly, are to do the job of pressuring the government, have a price. Needless to repeat therefore that they have become preys to those they are supposed to pressure. Is it any wonder therefore that the cost of bribery has gone up?

At a time in Nigeria’s political lexicon, the catchphrase in Yoruba parlance was ‘dibo koo sebe’_ (vote and be guaranteed a pot of soup)! Now, the stakes have been raised. Now, it is ’dibo koo kole’ (vote and build a mansion!). The tragic truth is that democracy, as at the present time in Nigeria, is at the point of a gun. In our tent of politics, guns do the voting and guns do the counting. Collation, also with the advice of the gun, is a different and more terrifying experience entirely. What’s more? It is no longer out of place for a tout who has mastered the use of cutlasses and related weapons to be offered a prominent place in our A- rated political parties. Added to this is that we blame others for the vanity strife into which our world is conveniently immersed.

Yes, we blame colonialism for being responsible for our present pass. But, was the United States of America not colonized by Great Britain? In any case, the blame game is not new! After all, Adam blamed Eve for eating “of the fruit of the tree which is in the midst of the garden”; and Eve blamed the serpent for deceiving her. Judas Iscariot blamed the Sanhedrin for “betraying the innocent blood”; and the Sanhedrin refused to put the money back into the treasury because, to them, it was [now] “the price of blood” and would rather use it to purchase the “Field of Blood” for the burial of strangers. Isn’t it the reason we are wasting the magic we ought to be making?

Nigeria’s dilemma reminds one of Ayi Kwei Armah’s mystical bird called ‘Chichi Dodo.’ In his book, ‘The Beautyful Ones Are Not Yet Born’,  Armah creatively told a story of how the bird hated filth and rotten objects while, at the same time, it could not survive without maggots which, ironically, derived their oxygen from filth and rotten objects. If we may therefore ask: more than two decades into uninterrupted self-rule, what type of economic policy can we say Nigeria is into? Is it Capitalism, defined by Karl Marx as “a historically specific mode of production in which capital has become the dominant mode of production”? Or, Communism, regarded by Mao Tse-Tung as “a complete system of proletarian ideology and a new social system”? Or, Imperialism, which, going by Tse-Tung’s assessment, amounts to ‘paper-tigering’? Or, Socialism, aptly prescribed by Obafemi Awolowo as the best for Nigeria?

May the Lamb of God, who takes away the sin of the world, grant us peace in Nigeria!