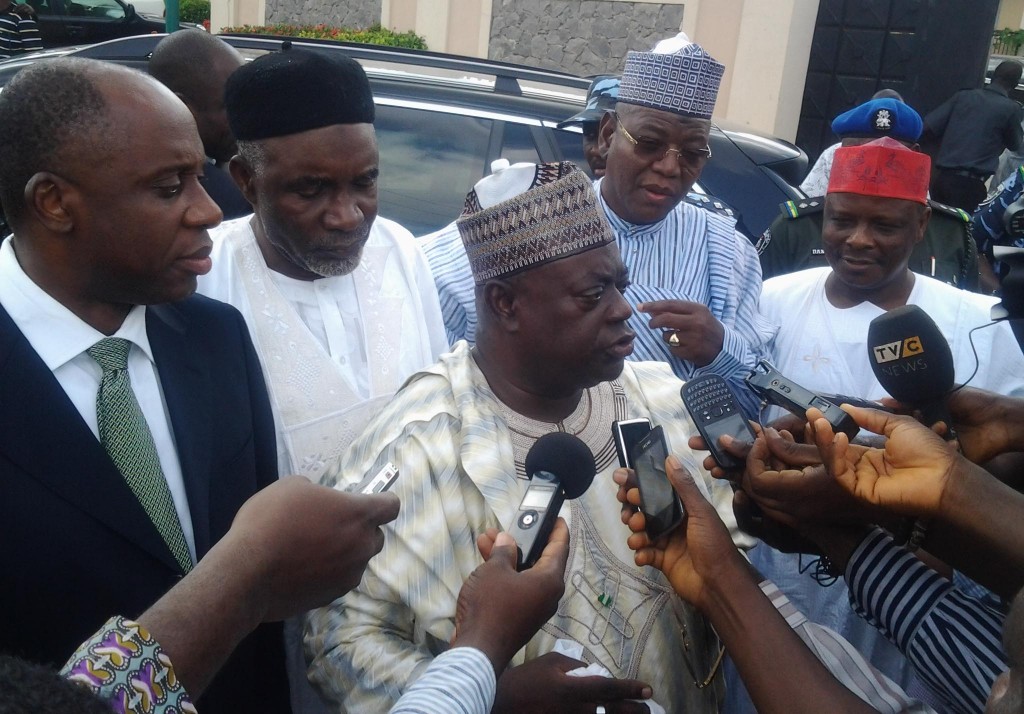 Former President Olusegun Obasanjo and aggrieved governors of the Peoples Democratic Party, popularly known as the G7, met on Monday in Abeokuta, the Ogun State capital, for about two hours.
In attendance were Governors Babangida Aliyu (Niger), Murtala Nyako (Adamawa), Sule Lamido (Jigawa), Rabiu Musa Kwakwanso (Kano) and Rotimi Amaechi (Rivers).
The meeting by the governors who have formed a parallel PFDP, popularly known as the New PDP, was held at the Hilltop mansion of Obasanjo.
Aliyu, who spoke to newsmen on the reason for the meeting, said it was in furtherance of their consultation with PDP elders over the crisis rocking the ruling party.
He said the aggrieved governors will remain in the PDP and resume talks with President Goodluck Jonathan and the Alhaji Bamanga Tukur-led faction of the party.
Aliyu said: “You may recall that when issues started, we consulted our elders.
“So this is part of the consultation.
“More so, we are coming to the resolution of the matter.
“We’ve been discussing with the President, discussing about these matters and we believe after the lull of the pilgrimages, we are all back, so we needed to consult again to find out if there is any variable that has intervened and we are very happy things are going normal.”
Asked whether they were in Abeokuta to bid Obasanjo farewell preparatory to their rumoured defection to the All Progressives Congress, Aliyu said: “I don’t know about that.
“It’s just speculation.”