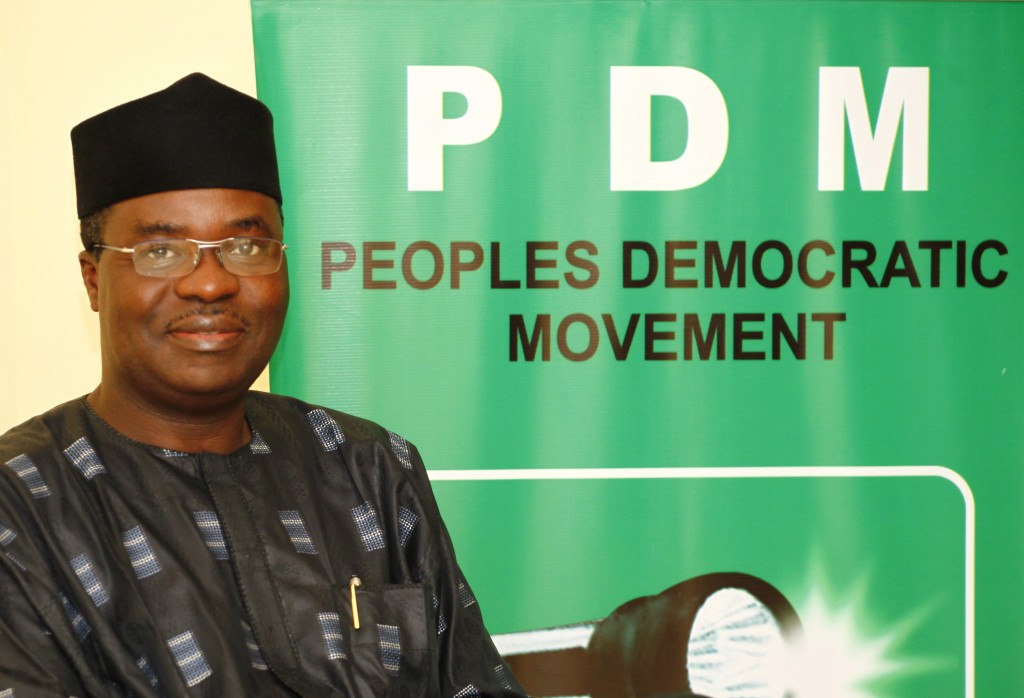 The National Chairman of the Peoples Democratic Movement, Mallam Bashir Yusuf Ibrahim, has called on Nigerians not to shy away from holding their political leaders accountable for their roles while in government.
The party helmsman disclosed this on Monday at the PDM National Headquarters in Abuja, while fielding questions from pressmen during a courtesy call by decampees from the defunct Congress for Progressive Change, led by Senator Rufai Sani Hanga.
Ibrahim berated the spate of uncontrolled tide of intolerance and highhandedness being displayed by the Federal Government through its security agencies, which are now making life difficult for all discernible forces against the ruling party.
According to him: “Nigeria is not and cannot become a Banana Republic and nobody should turn it into one.
“We all fought for democracy and no one should return the country to the dark age of militarization and jungle justice.
“The current wave of tyranny and dictatorship against the G-7 and other opposition members should be resisted in earnest.
“For all bonafide citizens of our great country deserve their freedom of speech, association and political affiliation.”
Earlier on, Ibrahim had welcomed the decampees into the warm embrace of the PDM, a party which he said is open, fair, equitable, just and working for positive political change.
He added: “The PDM has learned from the mistakes of other parties in the areas of gross abuse of registration, party ownership, godfatherism and lack of internal democracy.
“We would not fall into such political cesspit.
“So, we have cultivated a culture of level-playing field for all through online registration, well-structured stakeholder committees and planned congresses.”
In his own remarks, Senator Hanga stated that members of defunct CPC have agreed to join the PDM unconditionally.
The pioneer CPC Chairman further stressed: “The personalities in PDM, together with its constitution and manifestoes agree with our own ideology of progressive politicking and human development.
“As such, we are here from all nooks and crannies of the country to identify with PDM and its leadership.
“We are happy to settle down in PDM and work out the way forward for political success which the PDM represents.
“And together we shall bring succour and development to Nigeria.”