#OsunDecides: Adeleke weeps as Davido prostrates for Saraki, others + Video 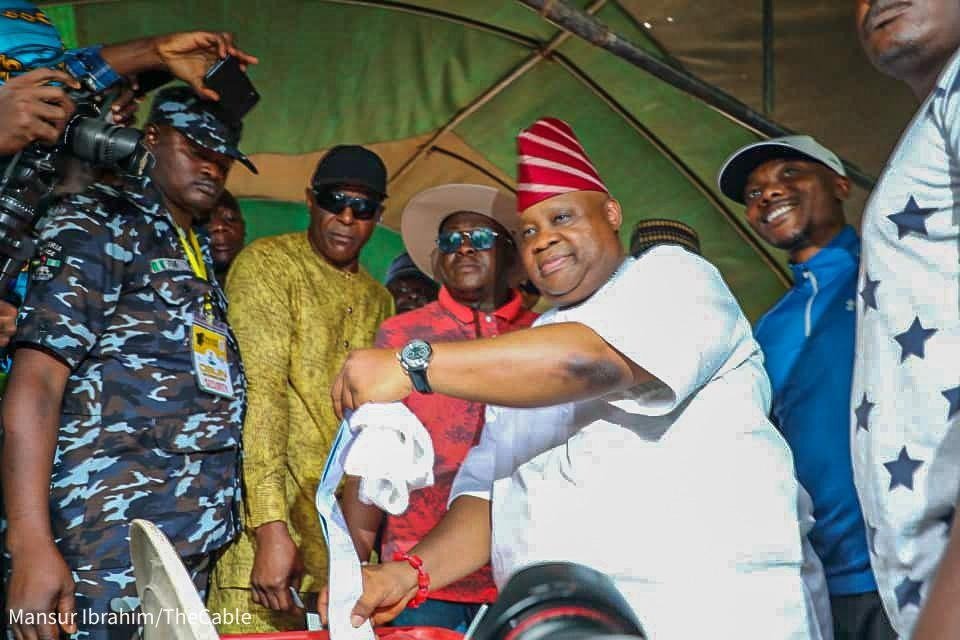 A video has emerged of the governorship candidate of the Peoples Democratic Party in the ongoing election in Osun State, Senator Ademola Adeleke, crying.

The election was held on Saturday.

According to one of the voices heard in the video, Adeleke’s cry was that of joy as the results so far then had shown he was in the lead over his main rival and candidate of the All Progressives Congress, Governor Adegboyega Oyetola.

In that room was former President of the Senate and two-term Governor of Kwara State, Dr. Abubakar Bukola Saraki; Governor of Bayelsa State, Douye Diri; and Adeleke’s cousin and popular musician, David Adeleke, whose stage name is Davido.

The musician, who was bubbling with excitement, went on to hug Adeleke and then prostrate for Saraki and Diri in gratitude.

Davido was overheard thanking the top politicians of the PDP stock.