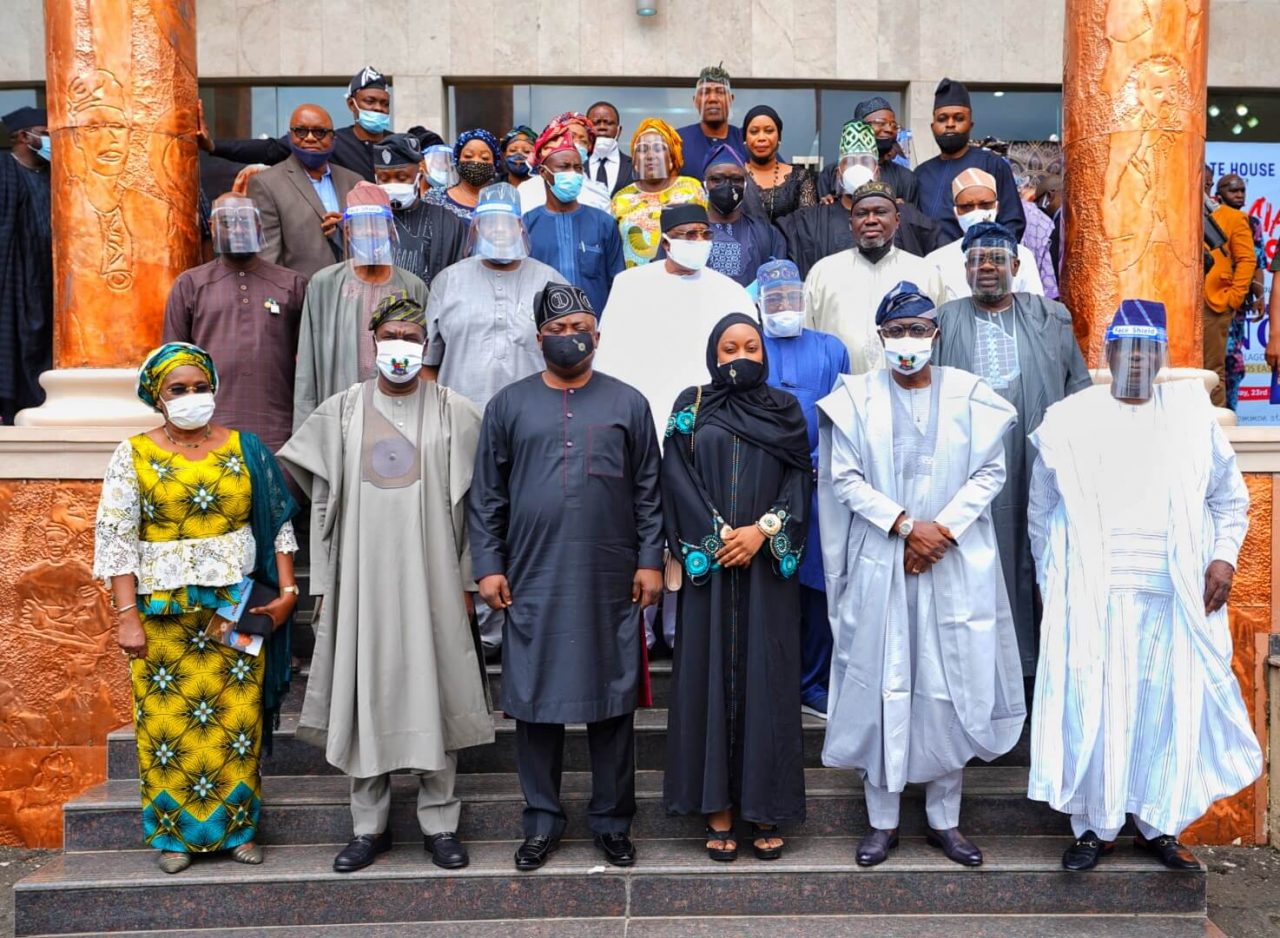 It was a solemn moment in the chamber of the Lagos State House of Assembly as rain of tributes and dirges poured out for the late lawmaker representing Lagos East Senatorial District, Senator Adebayo Sikiru Osinowo, at a special plenary session held in his honour on Tuesday.

The late lawmaker was a member of the Assembly for 16 years, serving four consecutive terms before he was elected into the Senate in 2019.

Governor Babajide Sanwo-Olu led the session of tributes to the memory of the late Osinowo, saying the deceased lived a fulfilled life on the home and political fronts.

The Governor recalled that his path and that of the late politician crossed in 2003, noting that Osinowo’s personality meant different things to different people.

Sanwo-Olu said the late lawmaker was endowed with uncommon wit and humour, which, the Governor said, Osinowo usually brought to any discussion no matter how serious the subject matter was.

The Governor said: “The level of political dexterity of the late Senator Sikiru Adebayo Osinowo and his unique personality are not in contest, given the testimonies and tributes since his death.

“We saw in video documentary how he was able to galvanise and energise colleagues at legislative sittings.

“Many people may not know that I personally knew him since 2003.

“His level of dedication to good governance and development of Lagos was unique.

“At the State’s cabinet meeting yesterday (Monday), we appreciated his contributions and held a special session in his honour.

“I know the level of comradeship we shared.

“He led a fulfilled life on the home front and had an outstanding engagement on the political trajectory of this country.”

Sanwo-Olu said Osinowo’s death must serve as a lesson to those in positions of leadership, adding that people’s good testimonies after the demise of the late Senator confirmed his selflessness as a leader.

The Speaker, Rt. Hon. Mudashiru Obasa, recalled that the process of installing leadership of the fifth Assembly brought him close to the late Osinowo.

He described the late lawmaker as “a formidable stabiliser and hero”, saying Osinowo was an influential politician who was endowed in native intelligence.

Obasa acknowledged the role played by the late Osinowo in his emergence as Speaker of the Assembly at the 8th session, stressing that the deceased was a national politician who was progressive in nature.

Also, Speaker of the House of Representatives, Rt. Hon. Femi Gbajabiamila, who joined the session through virtual platform, said Osinowo’s sense of humanity would be forever remembered.

“He was a welder, who brought all contending forces together,” Gbajabiamila said in a tribute.

Members of the Assembly, who paid tribute to the late Senator, said Osinowo made credible legislations while he served in the Assembly.

The member representing Surulere 1, Hon. Desmond Elliot, said he was a man filled with wisdom, having seated beside him in the chamber for four years.

Elliot said: “Senator Oshinowo was an embodiment of humanity and a bridge builder, who was a parliamentarian per excellence.

“He was generous in ideas and resources.”

Hon. Sylvester Oguntelu urged the Assembly leadership to immortalise the late Senator for his contribution towards shaping the status of the legislative council.

In his 10-minute sermon, the Mudir of the Institute of Arabic and Islamic Training Center, Morkaz, in Agege, Sheikh Habibulah Adam Al-Ilory, said Allah created life and death as a test for human beings.

Also speaking on the theme: “Preparation for Death,” Chief Imam of the Assembly Mosque and former member of the House, Hon. Abdul-Hakeem Abdulateef, urged leaders to bring themselves down before they are brought down by death.

Abdulateef said humans must come to term with suddenness of death, saying: “We must not think we know our term limits.”