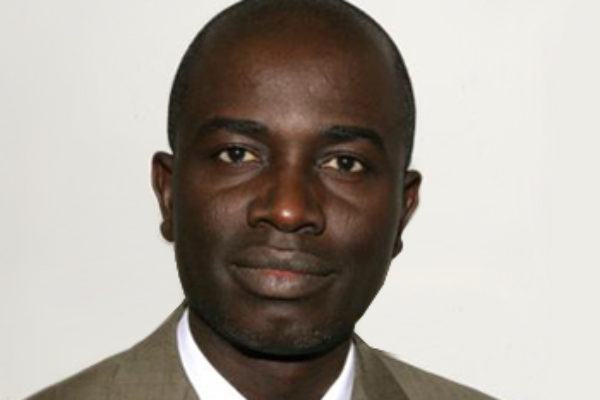 The Chairman, Editorial Board of THISDAY Newspaper, Olusegun Adeniyi, on Thursday received accolades from across members of the academia, public analysts, media and students as varsity professors reviewed his book: “Against the run of play,” at a special book reading of Ibadan School of Government and Public Policy.
Adeniyi, who was also Special Adviser on Media and Publicity to late President Umaru Musa Yar’Adua, was the guest of the ISGPP, where varsity dons and other stakeholders at the session dissected the book and commended the renowned journalist for providing insights into many untold stories in the corridors of powers.
Speaking at the occasion, Adeniyi argued that the 2019 presidential race was presently in favour of President Muhammadu Buhari in view of the lack of cohesion and formidable opposition to produce a likely challenger to the incumbent as witnessed in 2012, three years to the 2015 race.
Warning that the opposition political parties risk biting their fingers at the end of the forthcoming election, Adeniyi said the scenario was more favourable to Buhari because till date there was yet to emerge a consensus figure to give the ruling All Progressives Congress a run for their money and popularity.
He identified fragmented opposition as the most important factor that makes incumbent candidates win elections all over the world, just as he recalled that President Goodluck Jonathan of the Peoples Democratic Party lost in the 2015 election because the opposition parties came together to form a strong force against him and his party.
Adeniyi said that kind of development is rare in other countries of the world but is required to defeat any incumbent.
He said: “I don’t expect anything different in the 2019 elections.
“I expect that the Independent National Electoral Commission will perform better than it did in 2015.
“I also expect that whoever wants to be president, either the incumbent or challenger, should challenge the process and at the end of the day, we’ll see what happens.
“The challenge for the opposition is that they have to get their acts together.
“I keep saying, by the end of 2012 for instance, we already knew who was going to challenge Jonathan in 2015.
“You can’t say the same thing today.
“And you need a cohesive opposition to defeat an incumbent.
“Right now, if you are asked who would be the next candidate, you can tout many names but you are not sure.
“And for me, there are only two political parties right now; there may be others in future, but now it’s either APC or PDP.
“All these Red Card, Third Force, and all those things… all that they help is the incumbent because the incumbent has the support base.
“It is the opposition that is being divided along all these lines.”
When asked if the massive campaign for Nigerians to get their Permanent Voter Cards can help the opposition in the election, Adeniyi said: “Yes, it can play a part, but what I think basically is that Buhari’s biggest challenger today, is ‘go and get your PVC’.
“That is not a candidate.
“Yes.
“People will get their PVC, but who are they voting for?
“It’s also important.
“I like the awareness, I like the consciousness, people are really ready to go out and vote, but it also matters who they are voting for and the platform and what those people are bringing to the table.
“I know that in 2015, there are people who voted, not for Buhari but just against Jonathan.
“We may end up with the same situation.”
Earlier, the reviewer, Prof. Ayo Olukotun, and other co-reviewers and participants commended Adeniyi for the thorough research he did on the book as well as the insights he offered readers on what went on in the corridors of power around the last election.
Welcoming participants earlier, the Executive Vice Chairman, ISGPP, Dr. Tunji Olaopa, appreciated book lovers and readers whose passion and commitment have given ISGPP Book Readers Club its uniqueness.
Olaopa said Adeniyi’s contributions to the literature on Nigerian politics and governance have come to assume unique seminal character.
He said: “That the masterly manner that his insightful bestselling titles: 100 Last Days of Abacha; Power, Politics and Death; and now Against the Run of Play have done deep scrutiny of the intricacies of power play and behind the scenes high politics in the Nigerian corridors of power made them classic in manner that recommends them as veritable references to serious-minded students of politics and society as well as historians.
“Indeed, the seminal relevance of ‘Against the Run of Play’ is palpable and made us to carefully select the high calibre reviewers participating at today’s discourse.
“That the need for a better governed Nigeria propelled by evidence-based policy making that is administered by much more capable and knowledgeable professional managers remains the driving force behind ISGPP work and interventions.”