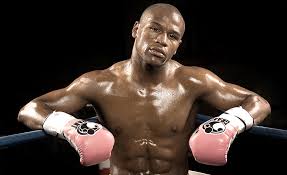 Floyd Mayweather Jr and Manny Pacquiao top Forbes’ annual list of the highest-paid athletes after being involved in the ‘Fight of the Century’.

The Las Vegas bout generated more than $500 million as the sporting world tuned in to see Mayweather make it 48-0 by a unanimous decision.

And that bumper cash windfall is enough to put the duo well clear in Forbes’ findings.

The top 100 athletes on the list earned a total of $3.2 billion over the past year, a 17 per cent increase over last year’s list.

Mayweather is atop the list at an estimated $300 million in earnings.

It’s the second year in a row the undefeated boxer has been at the top spot.

Here are the top 10, their respective sports and total earnings.