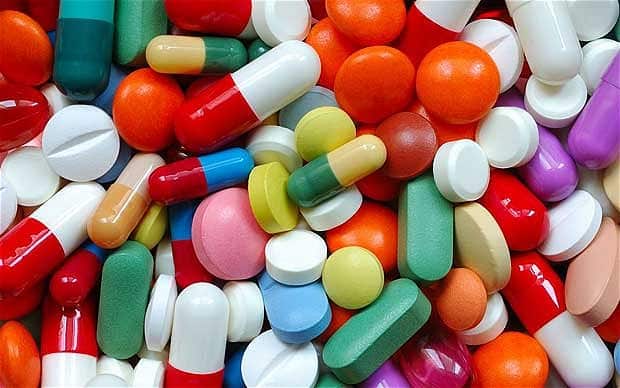 A man in his 50s who reportedly drank an entire 30-milliliter bottle liquid sildenafil used to treat erectile dysfunction, is currently experiencing vision issues that include “debilitating night blindness”.
According to a medical case study recently published in the journal JAMA Ophthalmology, the man, who was not identified, was said to have drank 10 times more than the recommended dose of the drug.
IFLScience reported that the man later saw doctors at the Massachusetts Eye and Ear Infirmary in Boston, US, where he claimed he was experiencing night blindness, sensitivity to light and was seeing “doughnut-shaped” spots.
Doctors said in the study all of his symptoms — except for the doughnut-shaped spots — improved days after he received treatment.
They determined he had experienced “retinal disruption” in both eyes, according to IFLScience.
Sildenafil works by increasing blood flow to the penis, allowing men affected by erectile dysfunction to get and keep an erection for sex, according to Viagra, which contains the active ingredient.
In this man’s case, however, the amount of sildenafil he took possibly caused “the blood vessels of the man’s eyes to dilate too quickly or too strongly, causing damage,” IFLScience reported.
That said, even taking the appropriate dosage of sildenafil can cause vision issues, Jamie Alan, an assistant professor of pharmacology and toxicology at Michigan State University, told Yahoo Lifestyle.
Even the Viagra website warns “sudden vision loss in one or both eyes” is a possible side effect.
But for most, vision issues are “usually mild and transient,” Alan said, noting for many this “manifests as a blue tint to the vision and an increased sensitivity to light.”
It’s not clear if the man’s vision ever improved, as he reportedly did not return for a follow-up appointment.

Seplat Petroleum donates items for management of COVID-19 to Edo

COVID-19: What Buhari has done, is doing — Presidency