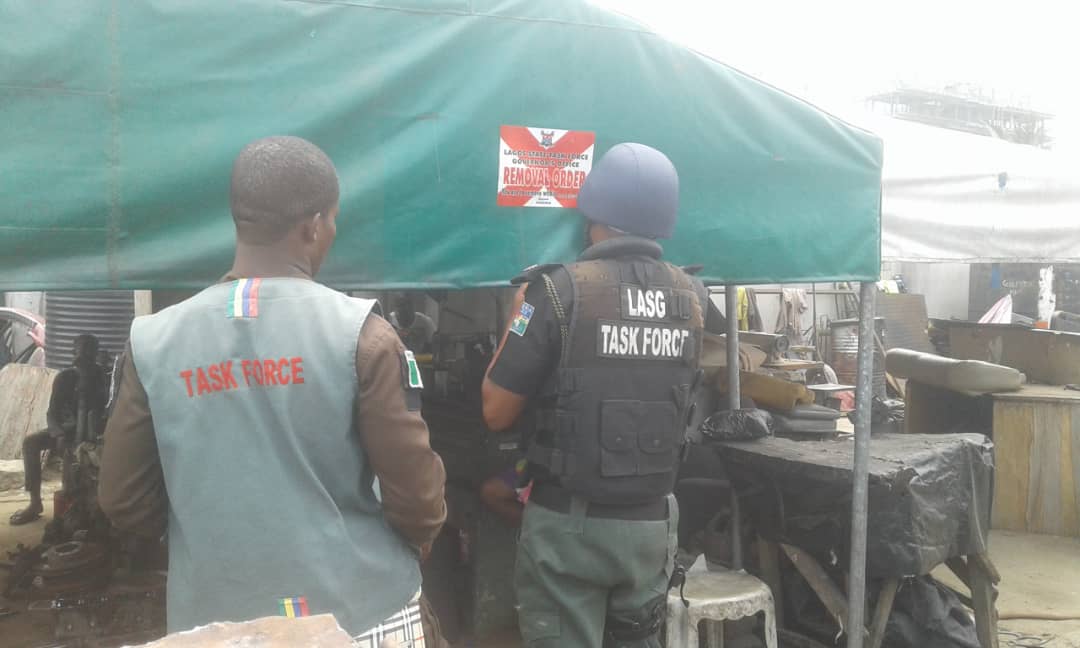 The Chairman of the Taskforce, CSP Shola Jejeloye, who led his team to the points of the issuance of the removal notices noted that the order became necessary for the road construction along the coastal road which serves as an alternative route for the Lekki-Epe Expressway.

The road which leads to Lekki Free Zone has been dotted by illegal structures, shanties, abandoned vehicles, containers and trading activities.

According Jejeloye, “the stretch of road has been taken over by mechanics, block makers, bamboo and wood sellers, shanties and other illegal occupiers, which are going to hamper road construction work in the area.

He stated that on expiration of the Removal Notice on Thursday, officials of the agency would remove all structures, shanties, abandoned vehicles and materials in the area. 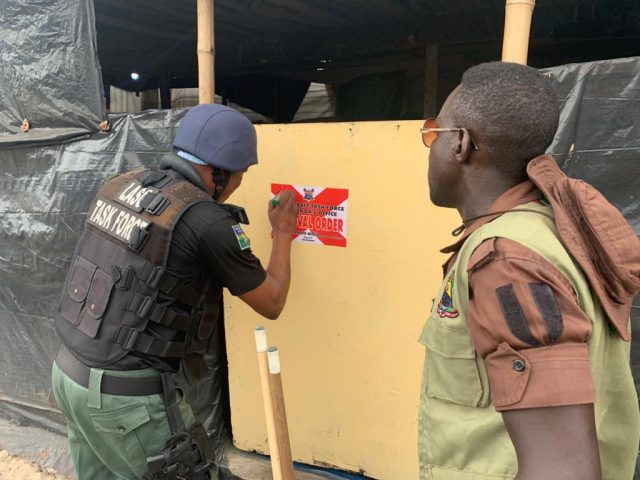 He noted that the removal of shanties and criminal hideout in Marwa Waterside area would help reduce traffic robberies and criminal activities on Lekki/Ajah Corridor, particularly in Jakande Roundabout.

The Chairman while addressing the occupants of the area in clusters before pasting the notices implored them to heed the state government’s Removal Order as anyone found on the road at the expiration of the notice would be made to face justice.

It would be recalled that Lagos State Government in December, 2019 removed all the illegal structures on the Lekki Coastal Road to pave way for its construction.