I will use experience garnered as VP to reposition Nigeria – Atiku 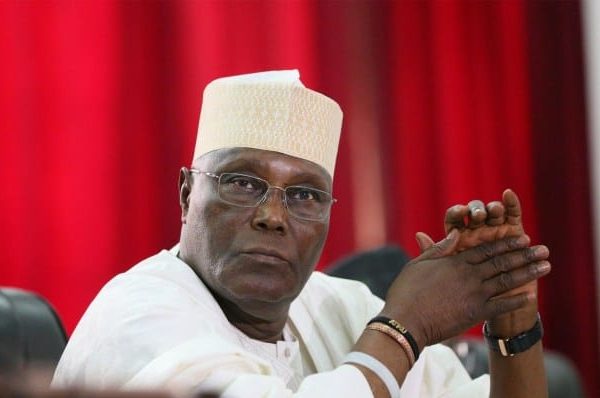 Alhaji Abubakar Atiku, presidential aspirant on the platform of the Peoples Democratic Party, has said that his experience as Vice President under former President Olusegun Obasanjo will come handy if elected as president of Nigeria.

Alhaji Abubakar said this on Friday in Benin, the Edo State capital, while speaking with the Edo PDP delegates.

This is coming ahead of the party’s presidential primaries billed for later this month.

Abubakar said that as the VP and leader of the economic team from 1999 to 2007 under Obasanjo, he was more than equipped to tackle the various socio-economic and security challenges, if elected as president.

Blaming the ruling party in the country for the nation’s economic woes, he said that the country had been turned to a beggar nation.

He said: “Nigeria has become a beggar nation and poverty capital of the world because of the ineptitude of the presence regime.

“In 1999 to 2007 when I was the VP and the leader of the economic team, Nigeria became the best economy in Africa.

“We were able to achieve that by assembling the best brains without bothering about which part of the country they came from.”

The aspirant also lamented the problem of insecurity in the country.

According to Abubakar, insecurity has also become a problem and obvious that the ruling government is at a loss on how to move the country forward.

He added: “I will ensure it becomes a thing of the past and return the country to its glorious days.

“No ethnic, religious consideration will be used to appoint people into positions.”

Abubakar therefore called on members of the party to unite to wrestle power from the ruling party and take the PDP from “bottom to the top”.

He said: “Let’s unite to gain power so that we can do what is right to the country.

“All regions must have a sense of belonging and we want to take the country from the bottom to the top.”

Dr. Tony Aziegbemi, State Chairman of the the party, said the aspirant had the wherewithal to recruit the best brains that could rescue Nigeria from the impending doom.

Aziegbemi gave the assurance that delegates from the state would vote and support him at the party primaries.