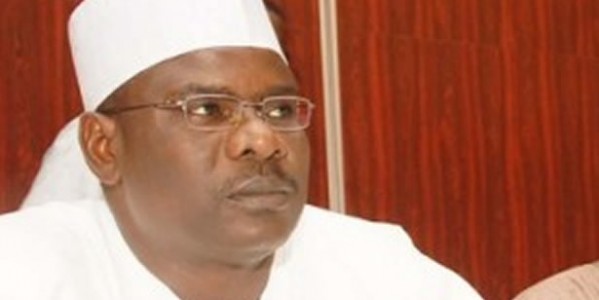 More facts are emerging on what transpired behind the scene in the process leading to the suspension of a former Leader of the Senate, Senator Ali Ndume, for six months.
Ndume was suspended on Wednesday based on the report of the Senate Committee on Ethics, Privileges and Public Petitions, which accused him of not doing due diligence on two issues he presented during plenary last week.
The two issues were Ndume’s call for the probe of a report that the President of the Senate, Dr. Abubakar Bukola Saraki, bought a Range Rover Jeep for N298 million, which was seized by the Nigeria Customs Service for failure to pay Customs duties; and the alleged certificate scandal that rocked Senator Dino Melaye.
Available facts showed that of the 13-member committee, only seven signed the report, with six of them being members of the Peoples Democratic Party.
The only senator elected on the platform of the All Progressives Congress who signed the report was Tayo Alasoadura.
Not even the Vice Chairman of the Committee, Senator Bala Na’Allah, signed the report.
Ndume was elected on the platform of the APC.
Senators elected on the platform of the PDP who signed the report were Samuel Anyanwu (Chairman), Obinna Ogba (Ebonyi), Jeremiah Useni (Plateau), Peter Nwaoboshi (Delta), Matthew Urhoghide (Edo), Mao Ohuabunwa (Abia).
Apart from Na’allah, APC senators who did not sign the report were Omogunwa Yele, Muhammed Shittu, Ovie Omo-Agege and Binta Garba.
This invariably meant no senator of Northern origin signed the report.
Sources within the National Assembly said the fact that mainly PDP senators signed the report has further leant credence to the fact that Saraki, who was elected on the platform of the APC, is a member of the PDP in spirit and using the senators to achieve his aim.
There have been several reports indicating that Saraki belongs more to the PDP than the APC.
This is more so in his several face-offs, especially with the Presidency and the leadership of the APC, where he has received more of the backing of PDP senators.
More so, some members of the Ethics, Privileges and Public Petitions Committee, who spoke on condition of anonymity, said the manner and speed with which the report was submitted and adopted was suspicious.
According to them, while the committee was given four weeks to submit the report, it did so within one week.
Apart from this, the committee also did not give room for the Nigeria Customs Service to give evidence before the report was written.
Yet, it was learnt that the NCS was slated, based on the programme of the committee, to appear to give its own side of the story.
A member of the committee said the usual practice is to give enough room for any one summoned to appear even if he or she did not do so on the appointed date.
The member said not giving such opportunity to the NCS, which the senator said no one was even aware was invited, leaves a lot of room for suspicion.
Apart from that, the members of the committee said the manner the report was adopted during a plenary chaired by the Deputy President of the Senate, Ike Ekweremadu, who was elected on the platform of the PDP, also says a lot.
The Committee, in its conclusion, wrote in the report: “After carefully examining the documents available and hearing out the matter, the Committee observed as follows:
“1. That the name of the Senate President, Senator Dr. Bukola Saraki was not mentioned anywhere in the Bill of lading or any document whatsoever connected with the importation or purchase of the SUV Range Rover vehicle;
“2. That he did not import any SUV Range Rover as corroborated by all respondents;
“3. That this story was cooked up with intent to embarrass the Senate President, the Senate and by extension, the National Assembly;
“4. That the complainant did not conduct due diligence before bringing the matter to the floor of the Senate;
“5. That as a former Senate Leader and a ranking Senator, he was expected to have weighed the consequences, of the allegation,_ carefully investigated it before presenting it;
“6. That Senator Dino Melaye obtained a first degree in Geography from Ahmadu Bello University, Zaria; and
“7. That having failed to cross-check facts before presentation at plenary, he could not be said to be a patriotic representative of the Senate, and should be penalized to serve as deterrent to others.”
The Committee thus recommended: “After due consideration of the matter as revealed by different parties to the case, the Committee recommends as follows:
“1. That the Senate do suspend Senator Mohammed Ali Ndume for bringing Senator Dino Melaye, his colleague, and the institution of the Senate to unbearable disrepute at this time of our National life when caution, patriotism, careful consideration and due diligence should be our watchwords.
“2. The suspension is with effect from today (28th March, 2017) to last for 6 months.
“Conclusion Mr. President, Distinguished Colleagues, on behalf of the Committee.”
Ekweremadu, who presided over plenary, said great lessons had been learnt based on the outcome of the issue.
He said: “We should investigate matter before we allege them.”
Ekweremadu equally commended the committee for a thorough investigation within the given time frame.
He said: “We look forward to a more united Senate.
“We should work for the betterment of the Senate.”