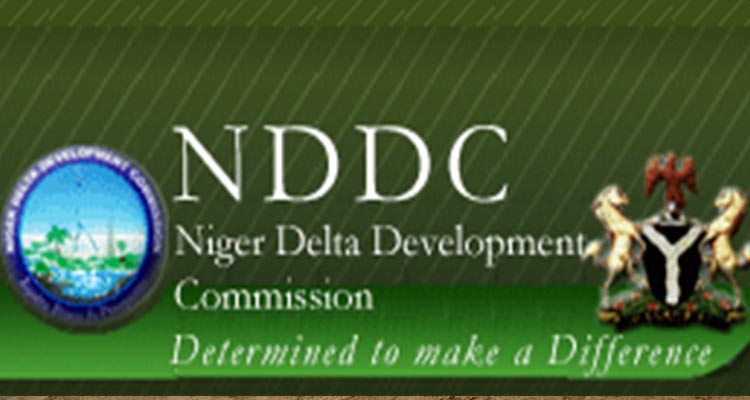 A group, Niger Delta Transparency Monitoring Group, has warned contractors not to deal with the Interim Management Team of the Niger Delta Development Commission for any reason.
The group said in a statement by its President, Justice October Fred, on Thursday that with the position of the Senate, the IMT was an illegal creation that should be avoided.
Their position is coming just as the Central Bank of Nigeria refused to allow the IMT effect changes in the signatories to the accounts of the commission.
Fred said: “The Senate of the Federal Republic of Nigeria has already declared that the interim management committee is illegal. On the same day, the Senate had said that having confirmed the appointment of the new board, they should take over immediately.
“We do not know why the new board has not taken over yet. But we are warning contractors, even as we urge governors to avoid the interim management team and not give them legitimacy by receiving them as that would amount to recognising and promoting lawlessness.”
Fred however declared the group’s intention to monitor and expose the activities of the interim management team up to the day they will vacate office.
He also said even when the new team comes up, they will monitor their activities from day one, with a view to exposing them if they misbehaved with the commission’s funds.
He said the time had come for everybody to be held accountable, considering the negative reports on the handling of NDDC funds over the years.
The interim management committee of the NDDC, which was declared illegal on Tuesday by the Senate, has not been able to effect changes in the signatories to the NDDC accounts with the CBN, an insider revealed on Thursday night.
It was gathered that the Minister of Niger Delta Affairs, Senator Godswill Akpabio, made efforts to assist the management team to effect the changes in the apex bank, but failed because the bank insisted on seeing the appointment letter of the interim management team before dealing with them.
The Secretary to the Government of the Federation, Boss Mustapha, it was learnt, had refused to issue a letter of appointment to the acting Managing Director and her two acting Executive Directors because he had no knowledge of their appointments.
As at Thursday, the team had not been able to get funds released from the CBN.
It was also gathered that when the acting managing director asked for operational funds by way of imprest that would have enabled them run the office, they were turned down by the civil servants.
The situation appears to have weakened the interim team.
On Wednesday, they were said to have approached contractors who were being owed heavily by the commission, for financial assistance to enable them run the office, with a promise that their payments would be made as soon as possible.
Recall that Akpabio while appearing on AIT on Wednesday night had suggested that the interim team be allowed to stay in office for the next two months to enable them see to the take off of the forensic audit.