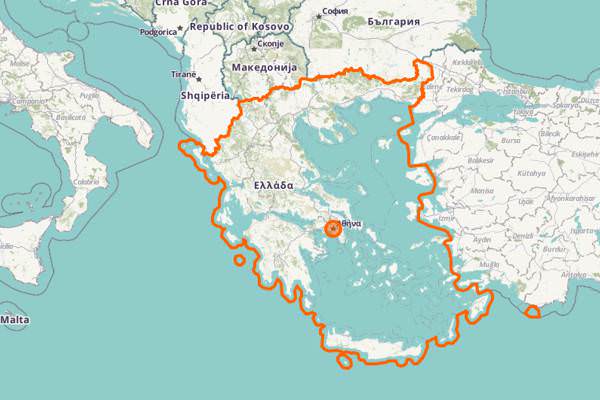 The Greek coastguard on Friday said it has intercepted a boat with 77 migrants on board and detained two suspected smugglers.
“The yacht, flying a Turkish flag, was apparently en route to Italy when stopped on Thursday,” a coastguard officer told dpa in Athens.
Thousands of people attempt to cross the Mediterranean every month with the help of smugglers in search of refuge and a better life in Europe.
While the goal is often wealthier countries further north, many end up languishing in migrant camps in Greece and Italy.
According to the latest UN Refugee Agency figures, 15,500 arrivals have been registered on Greece’s Aegean islands since the start of the year and there are around 60,000 refugees and migrants currently stranded in Greece.
dpa/NAN.