by The Eagle Online
in Crime, Featured
5 min read
0

The General Overseer of Grate Mercy Deliverance Ministry, Pastor Maureen Martins, 45, has been arrested for drugging pregnant teenage girls, inducing them into labour and then selling their babies. Martins, a mother of two, who is also a trained nurse, was arrested at her church, located at 3, Giwa Street, Rumuolumili area of Port Harcourt, Rivers State.

The church is allegedly being used as a cover to run the trafficking operation. The victims are helpless pregnant teenagers, rejected by family members and lovers for being pregnant.

A member of the syndicate, IB, goes to these girls as a wolf in sheep’s clothing. The girls are sourced from different parts of the South East. IB promises them accommodation, feeding and maternity care. They are also promised of being reunited with their families after the birth of their babies.

However, after delivery, their babies are seized and sold to waiting buyers. The girls would later be told their babies died. The Police noted that the church has seven rooms, where the girls are housed. It was part of Maureen’s job to drug the girls during delivery, so that the memories of the birth of their babies would be fuzzy.

When they wake up, she tells them their babies died. It was gathered that even before the girls wake up from their drugged sleep, the buyers would have left with the babies. Some of the babies were sold with their placentas still intact. Martins and her husband would later give the girls N30,000 as transport fare back to their homes.

Maureen has however denied being the brain behind the baby trafficking business. According to her, the elusive IB, is the owner of the business. Maureen was arrested along with her husband, Chidi Martins.

She said: “It’s was IB that introduced this business to me. She’s also the one that brings the pregnant girls and sells the babies. I don’t know where she used to get the girls from, but my job is just to look after them until delivery. I used to deliver them with IB, who then takes the babies to the buyers. Another part of my job is to tell the girls that their babies died. They are then given some money to return to their homes.”

The syndicate was busted by Operatives of the Inspector-General of Police Special Intelligence Response Team, headed by a Deputy Commissioner of Police, Abba Kyari.

The syndicate has allegedly sold over 20 babies to different families across the country before IRT got wind of its nefarious activities through the relative of a victim identified as Patience Edet Okon, from Akwa Ibom State.

Okon was lured by the syndicate from the Uran area of Akwa Ibom.  Okon’s relative alerted the IRT operatives in Akwa Ibom State, after the girl disappeared. Okon was tracked to the church in PH.

Preliminary investigations led to the arrest of a couple, who came all the way from Delta State, to buy a set of fake twins for N3.5 million.

A police source disclosed: “There is a child trafficking case we were working on from our base in Akwa Ibom State. We discovered that a teenager, who is five months old, has been moved to a home in Port court. We trailed her to a church owned by Maureen Martins and her husband Chidi Martins. We found three pregnant teenagers, Lovett Emmanuel, who is five months pregnant, 18 years old Chisom Emmanuel, who is seven months pregnant, Chioma Ifeanyi and Patience.

“Another 18-year-old girl, Favour Friday was also there and Chizaram Chukwudi, who was with a two-day old baby boy.  In the course of our investigations, we discovered pregnant teenagers were usually induced into labour while in their eight month due to demand from buyers. IB is the one who scouts for pregnant girls.  Maureen told us she met IB in 2019, and had lost counts of babies delivered and sold.  We also arrested a couple who came to buy a baby boy and girl for N3.5million. These babies were born by two different girls, Patience and Favour, but Maureen and her husband presented them as twins to the couple.

“We discovered that Maureen had been operating this baby factory for over six years and people come from different parts of Nigeria to buy babies from her. She sells baby boy for N1.1million.  Maureen is the General Overseer of her church, while her husband is an associate pastor.  We are currently working on tracing over 20 children, who had been sold. We learned that when a child is born, Maureen will ask the mother not to breast feed the child so that they don’t get used to breast milk. This makes it easier for their new mothers to feed them with canned milk.”

The couple, who paid N3.5 million for a twins also had something to say about the issue. The man, Henry, insisted that he and his wife were deceived by Maureen and IB. He explained that his wife had been childless since six years they married.

Abe to Wike: Rivers LG poll must be free, fair

Henry narrated: “My wife met IB through a woman. They started giving her drugs, which made her to look like she was pregnant. Yes, her stomach became big and her legs swollen. IB told my wife to call her when she was due for delivery. We called IB and told her that my wife’s stomach was very big and strong. She asked us to come to Port Harcourt. She took us to Maureen who identified herself as a midwife. Maureen gave my wife a concoction, which made her start feeling dizzy. They took my wife into a room and asked me to start praying for her safe delivery. I was also asked to leave. I later heard my wife shouting, and then I was called to come into the room, where my wife had delivered twins.  I saw the children with their placentas intact.  But my wife told me she didn’t feel the babies were hers; she wanted us to have a DNA done. Since we saw the babies with placentas, we decided to take them home. They also cut my wife’s private part and inserted their hands into it. When I came in, I saw blood everywhere. People around asked me to rejoice that my wife has delivered a set of twins. I had a strong feeling the babies were not mine because they were always crying. A few days later, police came and arrested us. They told us the babies didn’t belong to us. They showed us their real mothers.”

One of the girls, Favour, said: “My boyfriend got me pregnant in Abia State. He wasn’t taking good care of me. One day a woman called Precious approached me. She said she wanted to help me. She brought me to Port Harcourt, where I stayed until I delivered my baby. My pregnancy was not due, but I was given injection to induce labour. I delivered the baby. They took us to Maureen’s house, where I was locked up in a room with some other girls for hours.  I slept off; when I woke up, they told me my baby was dead. I heard my baby was sold for N2.5million.”

Another victim, Lovett, said after she discovered she was pregnant, her family and boyfriend rejected her. She was confused and helpless until her boyfriend’s friend told her about a woman that could assist her.

She stated: “My boyfriend’s friend told me that after delivery, my boyfriend would come to the church, pay the medical bills and take I and my baby away from there. I was taken to the woman and I didn’t suspect her. I was very relaxed with her. They used to lock us inside the house for 10 hours on some days, but I never felt something was wrong.” 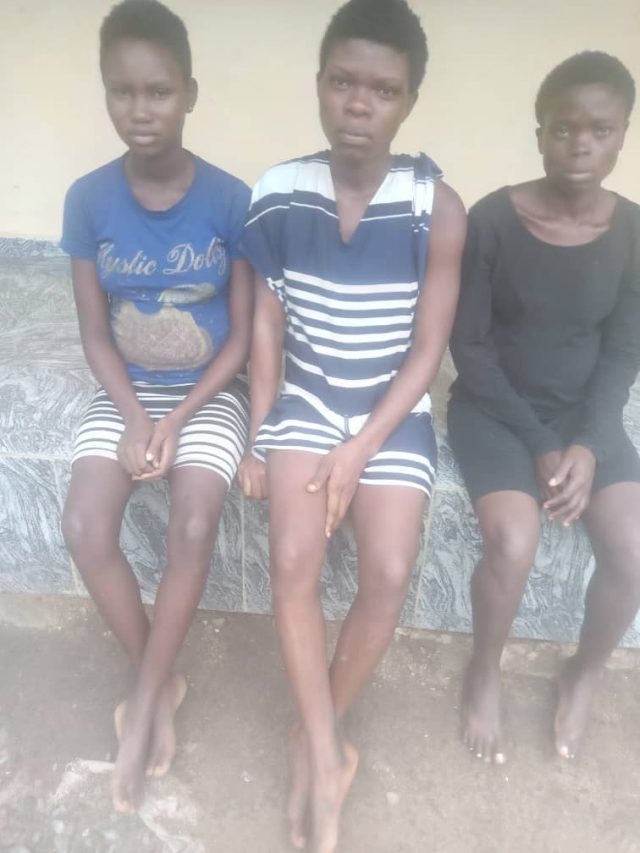 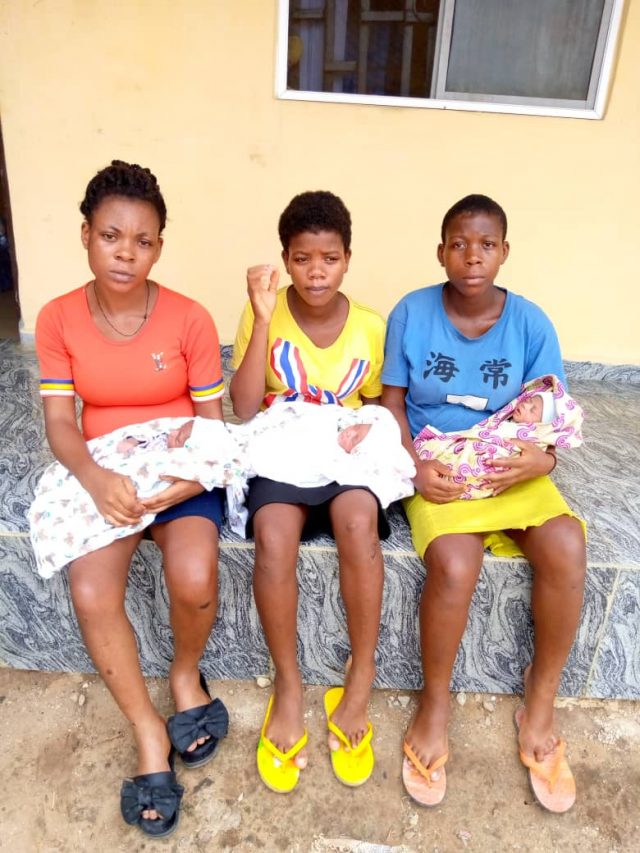 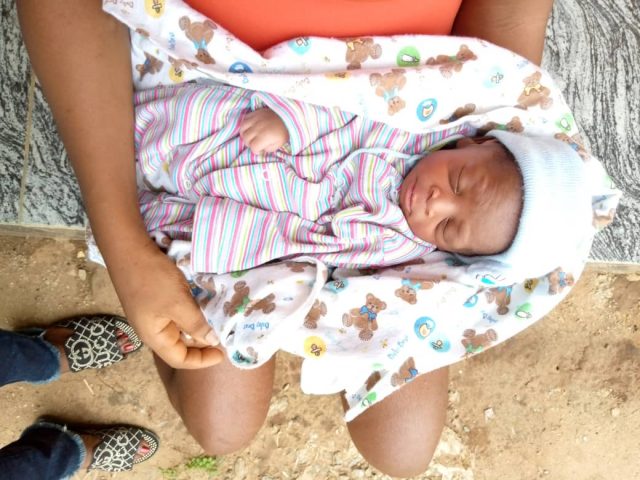 Abe to Wike: Rivers LG poll must be free, fair

Why I attacked PDP NWC — Wike