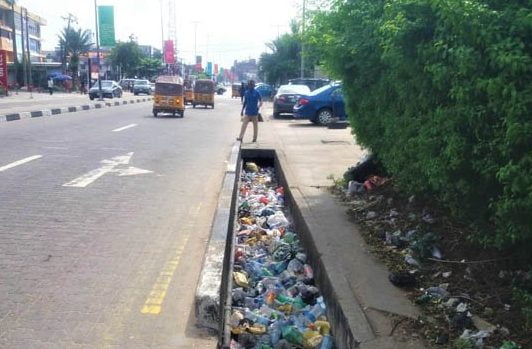 The Nigerian Conservation Foundation on Thursday, warned Lagos residents to desist from littering the drainages with plastic waste to avoid inherent danger to health and environment.

Ayodele Alamu, Head, Business Development and Communications at NCF, told the News Agency of Nigeria in Lagos that plastic waste was harmful to human health and could cause flooding in the environment.

Alamu said that plastic wastes could cause health hazard by blocking drainages, which in turn, becomes a breeding ground for mosquitoes and consequently cause malaria for people.

“Flooding sometimes is caused when water in drainage is unable to drain into natural water bodies such as rivers, lagoon and oceans because its passage has been impeded by plastic waste.

“This is further worsened by increased rainfall which is being experienced in recent years,’’ Alamu said.

He said that NCF had carried out various campaigns to address the menace of plastic pollution in the country.

“The yearly ‘Walk for Nature’ was dedicated to beating plastic pollution for two consecutive years – 2018 and 2019.

“We equally engage members of the School Conservation clubs on ways plastics can be reused through recycling and upcycling,’’ Alamu said.

NAN reports that upcycling is a process of converting used plastic into a new useable form or materials.

The NCF officer noted that the foundation had carried out various cleanup exercises in adjoining communities of the NCF headquarters to rid the drainages of plastic wastes.

It is also educating people about the dangers of plastic pollution.

NAN recalls that at the last visit of the Minister of Environment, Dr Mohammad Abubakar to the NCF in September, he hinted that the ministry was working on a national policy on plastic wastes.