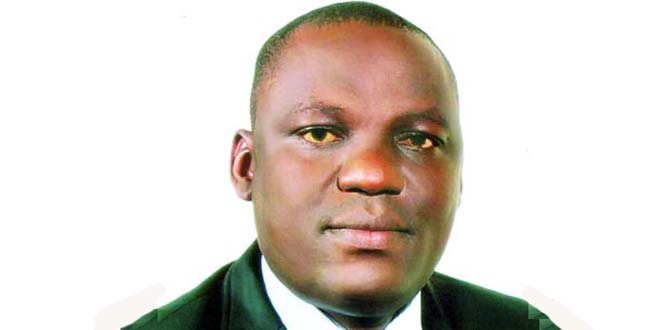 The former Speaker, Enugu State House of Assembly, Eugene Odo, has declared to contest for the Enugu-North Senatorial seat on the platform of All Progressive Congress in the 2019 general elections.
Odo declared his intention for the Senate seat at his home town, Ukehe, Igbo-Etiti Local Government Area amid a large crowd of APC supporters.
He said that he would give the people of Enugu-North a better representation at the red chamber of the National Assembly.
Odo had served the Enugu State House of Assembly as the longest serving Speaker from 2007 to 2015.
He said that it was high time Ndigbo stopped crying for marginalisation but stand up to be counted in the politics of Nigeria by voting for their best brains to represent the zone at National Assembly.
Odo, who said he believed that Nigeria needed to be restructured to reflect true federalism, noted that it was only the National Assembly that could tinker with the constitution to give Nigeria the restructuring it desired.
He said that he developed interest to run for the position as a result of series of delegation from his Senatorial zone that came asking him to come and represent them.
The Chairman of the occasion and former governor of old Anambra State, Senator Jim Nwobodo, urged the people of Enugu-North to support Odo’s ambition.
He said that he was not in doubt that Odo would be a better Senator considering his pedigree when served at the Enugu State House of Assembly.
Nwobodo described Odo as a vibrant young man with integrity, dependable, courageous and humble to the core.
In the same vein, the former Senate President, Senator Ken Nnamani, also urged the people to support Odo’s ambition as they would never regret it.
Nnamani said Odo was a friend to all, adding that his leadership style was worth emulating.
Contributing, the South-East Chairman of APC, Emma Eneukwu, described Odo as a hardworking man who had been working tirelessly to ensure the unity and growth of the party.
He said that people like Odo were rare to find, adding that he had brought sanity to the party.
In addition, the state party Chairman, Ben Nwoye, said that going by the crowd at the declaration, he knew that Odo would make it.
He said that such crowd could only be found at a mega political rally.
The declaration was graced by Kenneth Okonkwo, the Governorship aspirant, the 17 local government areas party chairmen, all the House of Representatives and House of Assembly aspirant in the zone among others.