Fela Durotoye: You cannot fly into flying (1), by Olusola Adeyoose 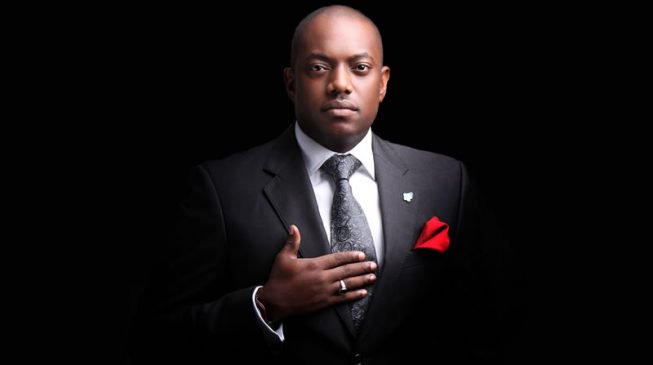 Below is an interesting whatsapp conversation between two friends, on the presidential aspiration of Fela Durotoye. Sit calmly. Read through. It may prove enlightening.
Gold: Fela Durotoye is the best presidential aspirant we’ve ever had. But I’m scared he may not win the next election. Either way, that’s the man I’m voting for. That’s the Nigerian president of my dream. If you don’t know about this great man, just check Google. Let engineers build. Let Physicians heal. But most of all, let true leaders lead”

Sola: What particularly makes Fela suitable for Nigeria Sir? There is actually limited information about him on Google. He does not even own a Wikipedia page. Fela I have read is a successful motivational speaker. But I have equally learnt over the years, that while talk is cheap, dedication is expensive. Nigeria has proven to be a difficult country to govern. I personally will not recommend someone who has no background political experience for the foremost office in the land. It is great Fela has shown ambition. It will at least help further our national political discourse and consciousness. While he can still be president, it’s definitely not this time. And I think that may even be in the interest of Nigeria. I want a presidential candidate with significant contribution to national development, preferably someone with a track record of excellence in our political arena. Fela clearly falls short of that. The presidency is a rather big game. We can’t afford to play Lotto with it. We need someone who has been tested and can be trusted. Fela is hardly that man. To close, even Nietzsche the philosopher said: ‘He who will learn to fly someday must first learn to stand and walk. You cannot fly into flying.’ That summarises my point. My case is rested

Gold: But you have been playing lotto all the while my friend. In the end, what I really want is a knowledgeable president, a young president that has the interest of the youths at hand. I know that sounds a little cliché. But six years ago, a book on academic excellence by this man changed my life. In that book, there was a vision for 2040. I want a president who understands the importance of education. I’m tired of old men who simply purchase civilian attire, but wear their uniforms within. Let’s stop recycling these people. Yes talk may be cheap. But in the mouth of these ‘tested and trusted” politicians you speak of, it’s actually worthless. Durotoye represents a new wave of young, ambitious technocrats. Truth is, we have never had such a leader in this country. I’m not expecting a magical transformation. However, I’ll definitely pick someone with genuine interest in the education sector than another who has been shown to be more interested in rubbishing the opposing party. One more thing you must realise is that the old generations, especially the former military heads of state have extremely nepotistic views. As long as those guys remain there, there will be favouritism. It is these behaviours that have caused Nigeria’s intra-relationships to be strained. The new generation, perhaps thanks to the declining influence of tradition, is not affected by these views. In the very end, I want a Nigerian in Aso rock. Not a Yoruba, Hausa or IBO man. If there was ever a young, educated, capable young man with genuine interest in Nigeria’s growth, its Fela. I must add that the book I read was given to us free of charge. The quality of the printing was almost 4 times the cost of a normal book. It’ll have easily sold for 3k. If a man can spend that much on his goals for Nigeria, he has my heart. And yes, in 2013, he was part of the organisers of an impromptu contest between all major schools in Lagos. The theme was ‘ the Nigeria of my dream’ so you see, his contesting is not some suddenly aroused desire to hold political office. It’s been nurtured over time, Durotoye is prepared.

Sola: (Smiles) This debate is becoming interesting. You made some wrong assumptions in your submission. I’m not at all comparing Fela with the old establishment. I didn’t even suggest any fitting candidate for the next election. All I’m saying is that Durotoye is by no means the dream Nigerian president like you portrayed. We don’t even know our options for 2019 yet. But Durotoye offers nothing that should make the populace euphoric. If the country has been playing Lotto all the while, you suggest we should still go down that lane with Durotoye? Is that the dream? Shouldn’t we do something for a change? Besides you can’t exactly call the last election Lotto. Buhari is a retired military general whose past government was known for intolerance for indiscipline and corruption. Because of his military background, we felt he perhaps would be able to tackle the menace of Boko Haram – which was the greatest challenge we faced as a nation then, better. So we had things to point to. There were precedents, even though he was also largely voted for due to animosity for Jonathan. He clearly was our best bet. Since his election, though we’ve not achieved total victory, we’ve recorded huge success in the fight against Boko Haram, until the recent increase in attacks. But even at that, I think we’ve made progress. And though the anti corruption war is imperfect, it’s not business as usual for the political establishment. Mind you, I’m not advocating for a rerun for Buhari. I want a new president. I’m just saying there’s nothing inspiring about Durotoye, no previous record of excellence in public office, which is quite different from success in private life. Being young is no recipe for good governance. Benjamin Netanyahu is not young. Angela Merkel is not young. Nana Akufo-Ado is not young. Your interest may be in the youths, because theirs is the future, and you’re a youth yourself, but how has Durotoye communicated his plans, even for the youths? Where are his blue prints for youth development? What creative solution is he proposing? What particularly makes Durotoye knowledgeable? It is important to note Sir; that emotions, sentiments, and polished diction, do not run governments. What creative solution is Durotoye proposing to revive the education sector? Which budgetary allocation does he intend to cut to fund education? Where does he intend to get funds? It is even important to note that ours is a democracy and the president does not decide it all. Knowing that Durotoye has a weak political base, even if he becomes president, how much of power will he be able to wield If as president he troubles the waters too much, I bet you he will be impeached. There are many Nigerian authors with immense impact. There are many philanthropists too. That does mean they’ll make fine presidents. You have to understand that success is one aspect of life will not always translate to success in another. We can’t vote Durotoye as president because you read a book by him that changed your life. What are his solutions to Nigeria? You assume it is either Durotoye or retired generals. We don’t even know our options for 2019 yet. But Durotoye may not even perform as well as those retired generals. I make bold to say a green president cannot solve Nigeria’s problems. But that’ll be another debate. I won’t delve into that now. I’m not comparing Durotoye with the old establishment. I write of a dream president which I claim Durotoye is not. And please do not ask me of an example of such candidate, because I know no one. I’m only being hopeful. But don’t paint Durotoye like he’s an option with messianic tendency. Interest or good intention is not enough. What are his plans to salvage the education sector? Are they feasible? Where will the funds come from? The new generation you speak of is not any better, if you’ve been following the conversations on social media. Our youths are equally very tribalistic. Remember the conversations around Nnamdi Kanu. Remember the hate speeches from many youths. Remember the tribal wars on twitter. By the way, Obasanjo is one of the most detribalised Nigerians I know and he belongs to the old establishment. You may condemn his presidency, but you can never claim it was about Yoruba agenda. Obasanjo did not even enjoy so much support from the West. It was criticism day and night. Till today, when you see Obasanjo, despite his failings, he strikes you as a national rather than a Yoruba leader. There are many philanthropists in Nigeria. At least Kola Daisi is in Ibadan. And he’s even way above Fela. That does not mean he will make a fine president. I know you claim he wrote of goals in his book, but talk is cheap. Oration is not enough. Let’s see the blue prints for development. Let’s do the feasibility studies. The crux of my argument is that while Fela may possess leadership potential, he needs to start small. Let’s see him apply his principles with success in his locality, before giving him the national stage. Trust me public service, if genuine, is tough, even more so in Nigeria. Let’s be sure Fela can chew slices of bread, before giving him the complete loaf. Whoever will be successful as president needs to have planned over the years. He needs a strong political base, needs to understand the political terrain, and needs to have identified a team of disciples with similar interest. Buhari has at least taught us euphoria does not always translate to good governance. We await the dream Nigerian president. Maybe you can even someday be the one. May be Durotoye can still be, but he is today, not that man. Please Sir above the sentiments and emotions, we need feasible plans. We need practicality. Durotoye? Not this time.

Gold: I’m pondering on your message seriously. In the mean time, please read through this document (his manifesto).

Sola: Ok. Thanks for sharing.
. Adeyoose wrote from Ibadan, Oyo State and can be reached via [email protected]

How Akpabio prevented ‘Rage of the Niger-Delta,’ by Kehinde Aigbogun

T.B. Joshua: There was a man I knew, by Femi Fani-Kayode