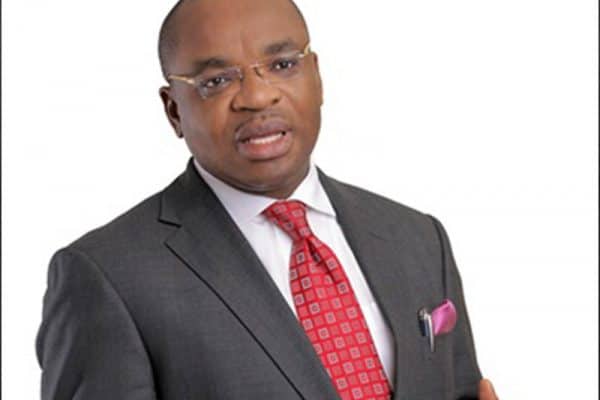 Governor Udom Emmanuel of Akwa Ibom has donated N60 million to families of slain policemen by gunmen in the state.

The News Agency of Nigeria reports that the governor’s donation was contained in a statement issued by the Commissioner for Information and Strategy, Ini Ememobong, on Monday in Uyo.

He said that the visit was to commiserate with the police authority over the loss of some police personnel and equipment in the last one month.

“Immediately after the state executive council meeting, the Governor of Akwa Ibom State, Mr Udom Emmanuel, paid a visit to the officers and men of the Police at the State Police Headquarters, Ikot Akpan Abia, Uyo.

“The visit, he said was to condole with the command over the loss of men and assets to the recent security issues witnessed in the state.

“He announced a donation of the sum of N60 million for the families of the policemen who lost their breadwinners in this period,” he said.

According to him, the Commissioner of Police(CP),  Andrew Amiengheme, informed the governor that the command has lost 21 personnel, 11 vehicles, seven firearms during the various attacks across the state.

Ememobong quoted the CP as saying that the morale of the men were lifted by the governor’s visit.

He said that the policemen expressed appreciation to the governor for the donation and promised to do all within their powers to bring an end to the new wave of criminality in the state.