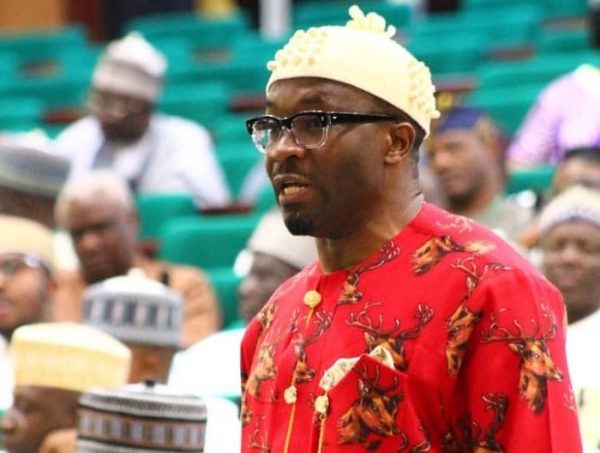 The House of Representatives has hit back at its Minority Caucus, insisting that Hon. Ndudi Elumelu, the Chairman of the caucus, indeed erred procedurally in his presentation of a motion seeking the resignation or sack of the Minister of Communication and Digital Economy, Dr. Isa Pantami.

The caucus had through its spokesperson, Hon. Francis Agbo, demanded a retraction of comments and an apology from the official spokesman of the House, Rep. Benjamin Okezie Kalu, who had claimed that Elumelu’s motion could not be debated yet on the floor of the House because it did not follow House rules.

In a statement on Friday, however, Kalu insisted that Elumelu’s motion was improperly presented, and that there was no ground for any apology or retraction.

While noting that Elumelu should be commended for raising such important issues of public concern on behalf of Nigerians, he insisted that there are rules for such a presentation that must be followed in line with parliamentary practice.

According to him, House rules allow for Motions on Notice, Motions without Notice and Motions on Matters of Urgent Public Importance.

He said the Minority Leader could have come under any of these, but he erroneously chose to come by way of Privileges.

Quoting House rules, Kalu said: “Order 6 (1) reads: ‘Privileges are the rights enjoyed by the House collectively and by the members of the House individually, conferred by the legislative Houses (Powers and Privileges) Act, 2017 and other statutes, Practices, Precedents, Usages, and customs.’

“Purposively speaking, privileges are House-specific either individually or collectively. Therefore, issues that come under privileges must have this all-important element and must not be general in nature.”

Again, he said: “Order 6(3) reads: ‘A member raising a matter of privilege shall draw the attention of the House to the provision(s) of the Legislative Houses (Powers and Privileges) Act, 2017 or the standing orders of the House and other statutes breached in relation to him or the House.’

“At no point did the minority leader, Hon Ndudi Elumelu, comply with these provisions of the House rules, simply because there was no nexus between the issue and the provisions of this Powers and Privileges Act, 2017.

“The matter did not and will never qualify to be brought to the House under Order 6 (Privileges).”

Kalu said the issue raised by Elumelu, which he described as being of national importance, is inadmissible under Privileges for what it seeks to address, since matters under Privileges, once breached, must be personal and internal to the House.

He added: “This is why all matters of privilege are sent to the House Committee on Ethics and Privileges, not to the President directly, as the House resolution as alleged by the yet-to-be-tutored ‘spokesman’ of the minority caucus.

“One wonders what the House Committee on Ethics and Privilege will be doing with the sack of Pantami.”

He said Elumelu, though seasoned, experienced and a celebrated legislator, came under the wrong Order on the issue and that Speaker Femi Gbajabiamila brought it to his notice openly on the floor of the House.

The House spokesman said at no time did the speaker acknowledge that Elumelu came through the correct Point of Order.

He also chided the Minority Leader, saying that he (Elumelu) had allowed Agbo to defeat the integrity of the content of his (Elumelu’s) call “by opting to play politics on such a serious matter with his sentimental appeal to the public rather than do the right thing by representing the matter to the House as being guided.”

He added: “It is therefore pertinent to inform Nigerians that the House has not acted in error, but in line with the provisions of its rules. All insinuations that the House did not allow democratic debate to take place on the important issue of Pantami’s resignation are simply untrue.

“As always, the House stands ready to give an audience to Rep. Elumelu or any other member of the House on this issue, provided that such audience is sought through the proper channels and brought under the relevant rules of the House.”

Kalu said the leadership and membership of the ninth House of Representatives do not, and would never support terrorism or its sponsors in any form.

He said: “The House stands by these positions as they are in line with the House rules we made to guide us and should not be seen breaching it as every good law applies to both principal officers and first-time members in the spirit of equality before the law.

“How can we breach the laws we made for ourselves and expect Nigerians to obey the ones we make on their behalf?”